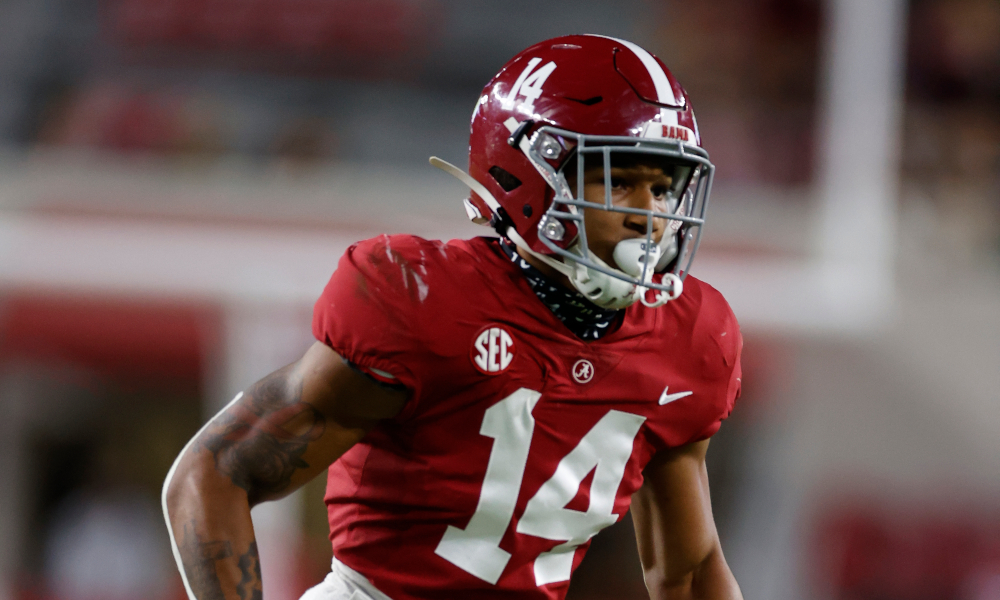 As much as people are excited about Alabama’s quarterback competition this spring, there is another positional group that will take longer to figure out.

Since 2017, Nick Saban has stacked talented defensive backs on top of each other in recruiting. The goal is to get the best rotation on the field; however, the Crimson Tide has one student-athlete that needs to start.

Brian Branch, a native of Tyrone, Ga., showed the Tide’s coaching staff how talented he is as an impact player. The former four-star played in 12 games last year as a true freshman.

The 6-foot, 190-pounder has the coverage skills, range, and ball skills to start at either safety or “Money” (dime) for Alabama. He filled in admirably for Malachi Moore at nickel against Notre Dame and Ohio State. Moore and Jordan Battle are expected to be starters next season, but a lot of competition will take place at other spots in the defensive backfield. Before coming to the Tide, Branch was the all-time career leader for interceptions at Sandy Creek High School.

Coach Saban desires to have the best secondary, as Alabama wants to repeat as national champions.

Branch is a difference maker who eyes a starting spot for the fall. The Tide will begin spring practice next week, and Branch’s surge will start.