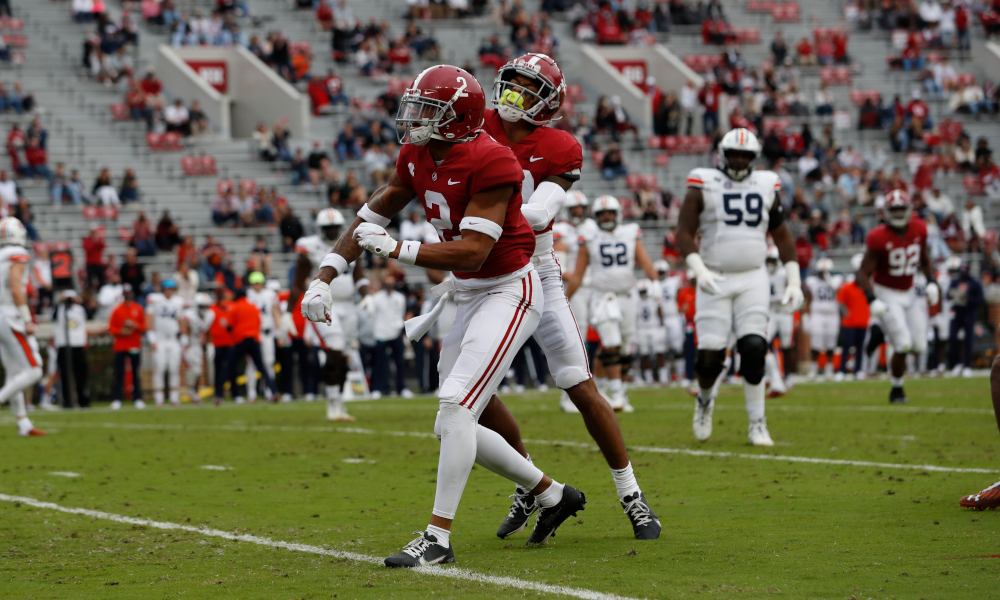 The Denver Broncos and Dallas Cowboys both have the cornerback position listed as a need for the NFL Draft.

Both have a first-round pick in the top-10 at Nos. 9 and 10, respectively. Regardless of who takes Patrick Surtain II, the former University of Alabama standout turned in a dominant effort at Tuesday’s Pro Day. As the son of a former NFL player, Surtain clocked a 40-time of 4.46 seconds and displayed a 39″ vertical. His broad jump was 10-feet, 1-inch and he got 18 reps of 225 pounds on the bench press. The 6-foot-2, 208-pounder had an all-around performance that should solidify him in the top-10.

He led the Crimson Tide last season in pass breakups (12) and totaled 27 for his career.

RELATED: How fast can DeVonta Smith run in the 40-yard dash? Fans may never know

Surtain finished his tenure with four interceptions, including one returned for a touchdown. A native of Plantation, Fla., he earned Unanimous All-American honors and allowed only two touchdown receptions in 2020. Surtain’s size, length, athleticism, ball skills, and tackling skills all make him an ideal first-rounder at the position. He will have a couple of moments where he loses sight of tracking the ball; however, those are rare situations.

During an interview with Greg McElroy of SEC Network, Nick Saban raved about Surtain’s intelligence. He stated how the former five-star gave better scouting reports on opposing teams than him. When it comes to doing homework on offenses, Saban regards Surtain as the best.

Draft experts are high on Caleb Farley of Virginia Tech, but Surtain is a technician at cornerback.