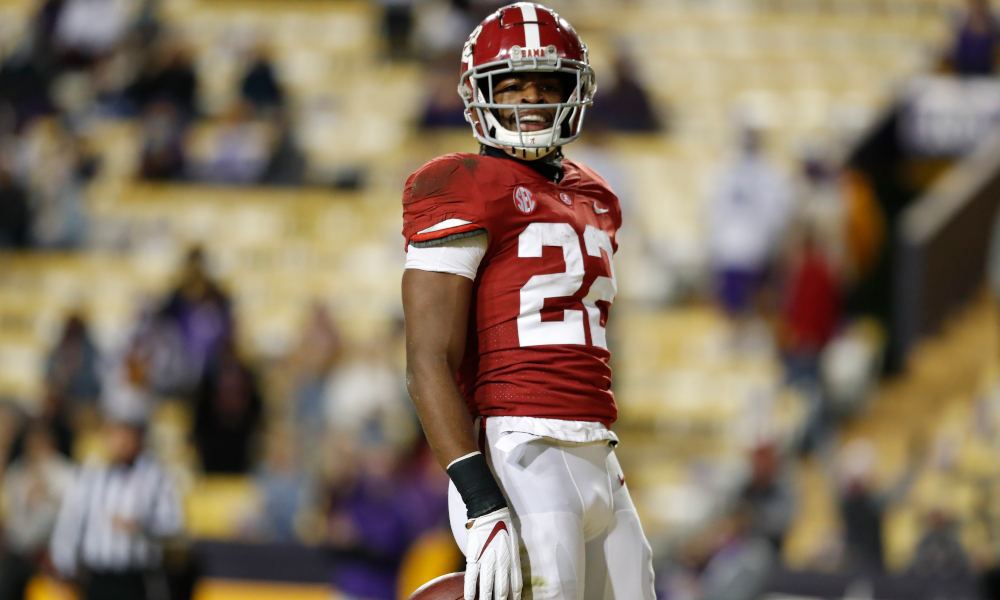 The NFL Draft begins next Thursday in Cleveland, Ohio.

He dominated the Southeastern Conference at the University of Alabama, but Najee Harris is ready to take on the aspects of becoming a professional athlete. He is arguably the best running back in the class; however, the California native loves to increase his knowledge. During his preparation for the draft, the former Crimson Tide standout has trained with Adrian Peterson.

After becoming a household name at the University of Oklahoma, Peterson was the No. 7 overall pick in the 2007 draft to the Minnesota Vikings. He played 14 seasons (2007-20) in the league with the Vikings, New Orleans Saints, Arizona Cardinals, Washington Redskins/Football Team, and Detriot Lions.

In 2017, Peterson played in four games for the Saints and six games for the Cardinals after being traded. He totaled eight 1,000-yard rushing seasons and was one of eight backs in NFL history to record 2,000 yards rushing in a single season. Peterson accomplished the feat in 2012 (2,097) with the Vikings and won league MVP.

He led the NFL in rushing yards for three seasons (2008, 2012, 2015), was a four-time first-team All-Pro, and was selected to seven Pro Bowls in his career. The 6-foot-1, 220-pounder is currently a free agent, but he is getting Harris into a mindset to take over the league. Harris shared photos to Twitter of him working with Peterson, and the legend posted pictures too.

Harris ended his tenure at Alabama as the school’s all-time leading rusher with 3,843 yards and 46 touchdowns.

He won two national championships with the Tide and two SEC titles. Harris fits the modern-day role at running back, and Tide fans are ready to watch him.