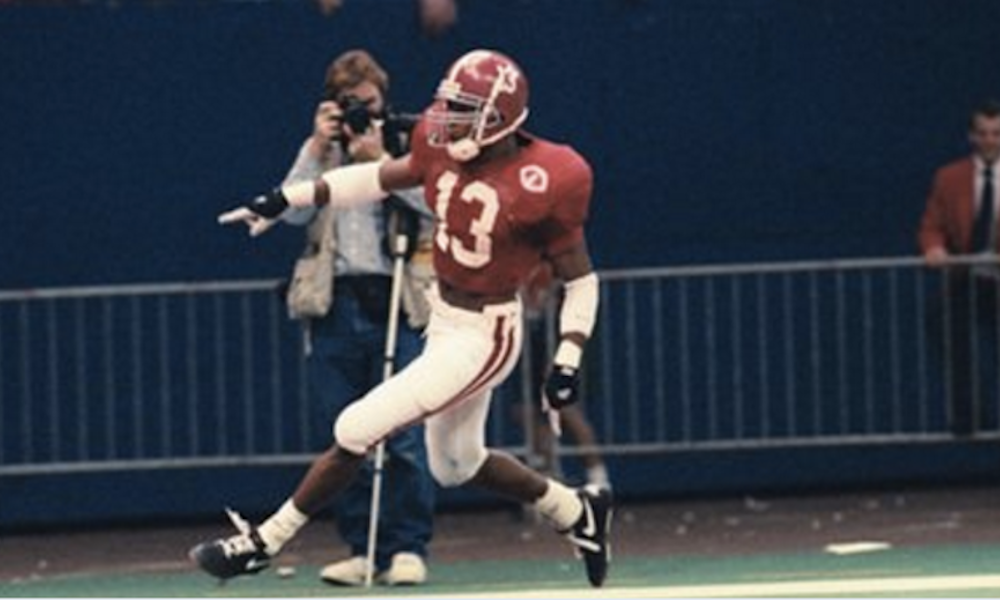 The backbone of the 1992 defense for Alabama football is heading to the Alabama Sports Hall of Fame.

On Saturday, George Teague will be among the legends as the former Crimson Tide safety enters the hall for the Class of 2021.

From the University of Alabama to the NFL…this Saturday George Teague joins the Alabama Sports Hall of Fame!@Teaguefootball #ASHOF2021 | @AlabamaFTBL | #RollTide pic.twitter.com/hQLd0wI8FU

He attended Derby High School (Kansas) and Jefferson Davis High School (Alabama) before accepting a scholarship to the University of Alabama in 1989. Teague started his career as a cornerback, but he became known as a game-changer at free safety.

After moving to safety in 1991, Eugene “Gene” Stallings quickly recognized the talent he had.

RELATED: WATCH: What does Jameson Williams bring to Alabama?

He led the Southeastern Conference for picks and totaled 54 tackles with 11 pass breakups.

During his senior year, Teague anchored a defense that allowed 9.4 points per game.

Alabama pitched three shutouts in 1992 and Teague recorded six interceptions, which tied for the SEC lead. His breakout moment came in Alabama’s 1993 Sugar Bowl matchup versus the Miami Hurricanes for a national championship.

He picked off Gino Torretta for a touchdown and stripped the football from Lamar Thomas on an incredible play. Teague’s strip was negated because of a penalty; however, it took Miami’s offense out of rhythm. The Crimson Tide went on to secure a 34-13 victory and earned its first national title since Paul W. “Bear” Bryant.

Teague’s career ended with 14 interceptions, which were two shy of the school record at the time. He made the All-SEC team in 1992 and received honors as a second-team All-American that season.

Teague was selected in the first round (No. 29 overall) of the 1993 NFL Draft by the Green Bay Packers. He played nine seasons (1993-01) in the pros with the Packers, Atlanta Falcons, Miami Dolphins, and Dallas Cowboys.

Alabama fans are thrilled to see this legend enter the Hall of Fame.