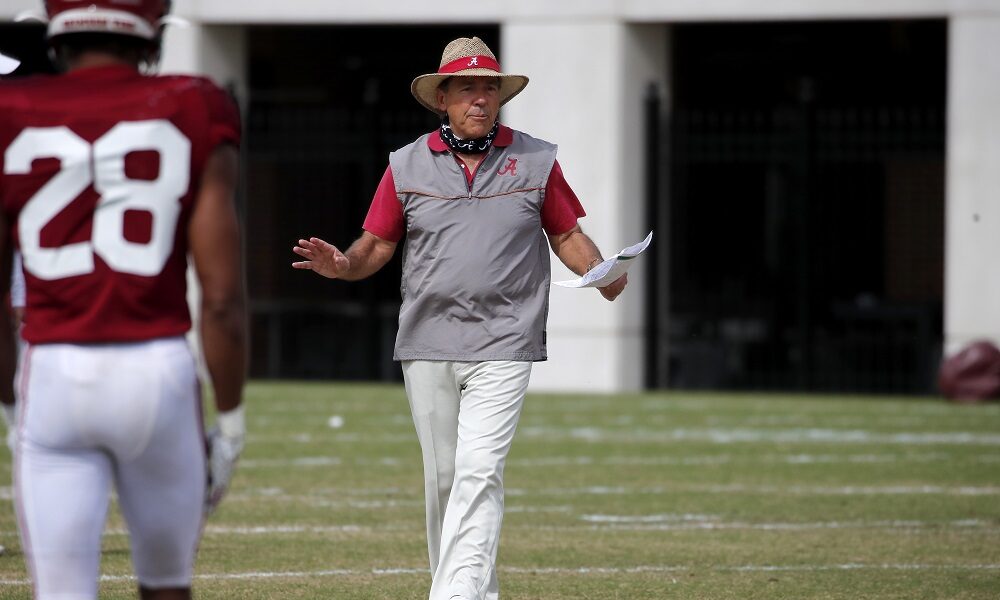 Fans of Alabama football are excited for the opportunity to see its team repeat as national champions; however, Nick Saban provided it with bigger news during Thursday’s annual Nick’s Kids golf event.

Many of the local reporters had not seen Saban since the end of the 2020 season. He was in the center of cameras, cell phones, and tape recorders at the Old Overton Golf Club in Vestavia Hills, Ala. After taking questions on his excitement about doing another charity event, he spoke on how the Crimson Tide is ‘back to normal’ after dealing with COVID-19 all of last season.

“We’ve got a pretty significant number of people who have been vaccinated,” Saban said. “So, we are almost to the threshold where we won’t have to test. We’ve given every player an option with what they want to do, and we’ve gotten a good response. We have had really good educational meetings for the players, and that has been good. We are back to normal.”

This is huge information from Alabama’s head football coach, especially with stadiums expected to be at full capacity in the fall.

With high school recruits visiting the campus and current players back for summer workouts, Saban is happy to be back in the swing of things.

He will be in pursuit of his eighth national championship this season.