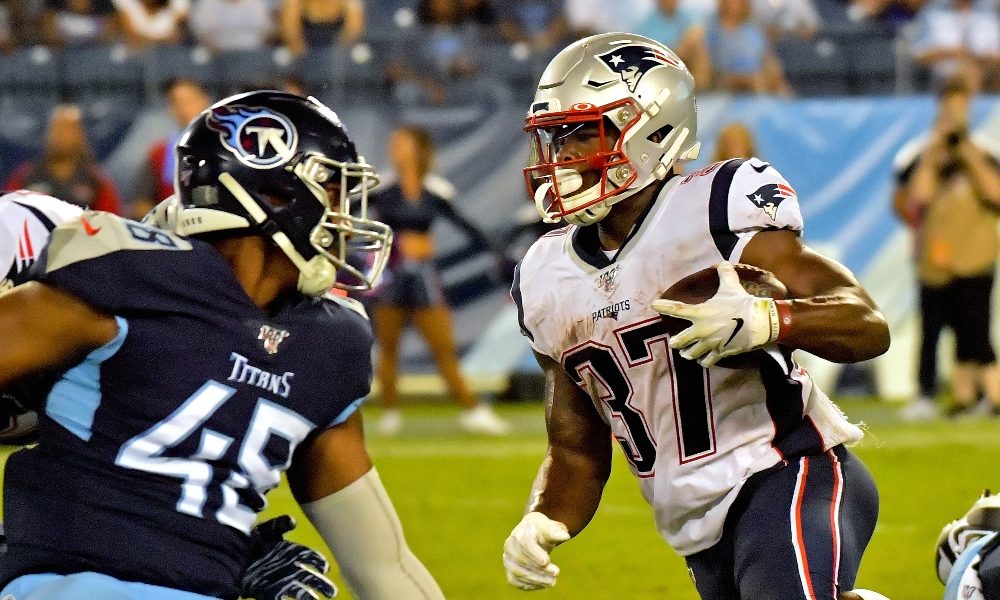 Since he first arrived in Tuscaloosa, Alabama head coach Nick Saban has been stocking the shelves of the NFL with first round draft picks and even more impact players across the league. New England Patriots running back Damien Harris is just one example on the dozens of former members of the Crimson Tide who understands the significance of the universities impact in the pros.

During an interview last week, Harris shared how excited he was to see more and more former Alabama players join the team in Foxborough.

“It’s great to have a lot of Alabama guys here,” Harris said via the team’s website. “Our program at Alabama was very similar to what goes on here, so I think the best part about that was knowing what to expect. We know that Coach Belichick, Coach Saban – obviously two of the best of the best of the best, and we know that they run their programs pretty similarly. Obviously, they have their differences, but we know for the most part that coming up here what to expect and what we’re getting into.

“Obviously, any opportunity I have to help a young guy, whether he’s from Alabama, here or an older guy, it really doesn’t matter — it’s all about being out of ourselves, into the team, looking out for one another and just continue to come together and strive to be the best team we can possibly be.”

The third round pick from the 2019 draft also shared what advice he’d give to the newcomers.

“Any advice I would give to any young guy, I tell myself every day,” Harris said. “I tell it to anybody: Come to work every day and put your best foot forward. Always got to live in the present. You’re never going to have any perfect days. On your best day, it’s not going to be perfect.

The Patriots are coming off of a 7-9 campaign and missed the playoffs for the first time since 2008. It wasn’t the typical year fans were used to seeing from the six-time champions, who addressed their needs in a big way in the offseason.

Head coach Bill Belichick was as aggressive as he’d ever been in free agency as the Patriots spent nearly $160 million in the first nine days. It was also the first time since 1993 that the team picked a quarterback in the first round of the draft.

Jones, who has a very close relationship with Harris, is seen to be the quaterback of the future and hopes to bring the winning mentality he and the rest of his teammates had at Alabama to reignite the Patriots franchise.