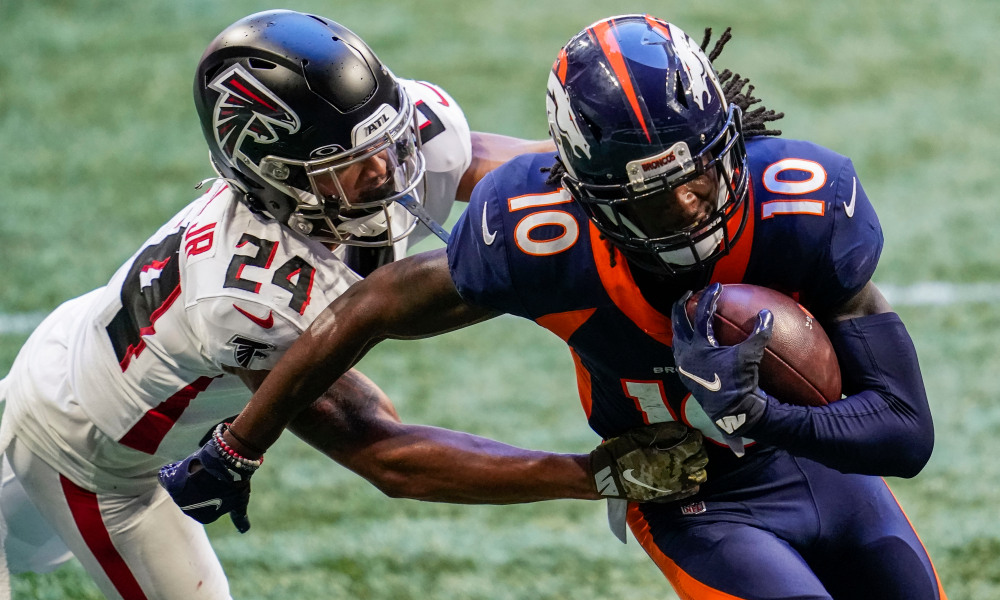 Jerry Jeudy entered the 2020 NFL Draft as the “most complete” wide receiver in the class.

The South Florida native was selected at No. 15 overall by the Denver Broncos and had a good rookie season. He suffered some dropped passes; however, Jeudy did record two 100-yard games.

He finished seventh among receivers with 16.5 yards per catch. Jeudy totaled 52 receptions for 856 yards and three touchdowns, but he is training to have a better sophomore campaign.

The 6-foot-1, 193-pounder has been working with Steph Brown, a wide receiver specialist from Western Kentucky University, on crafting his routes and having consistency with his hands.

According to a video from Brown, Jeudy is putting moves on defenders and looks ready for the fall.

He posted a 1,000-yard season twice at Alabama in 2018 and 2019. Jeudy has the capability to be an explosive target in the Broncos’ offense.

The former five-star strives for perfection, and he expects to crack the century mark this season in yards.