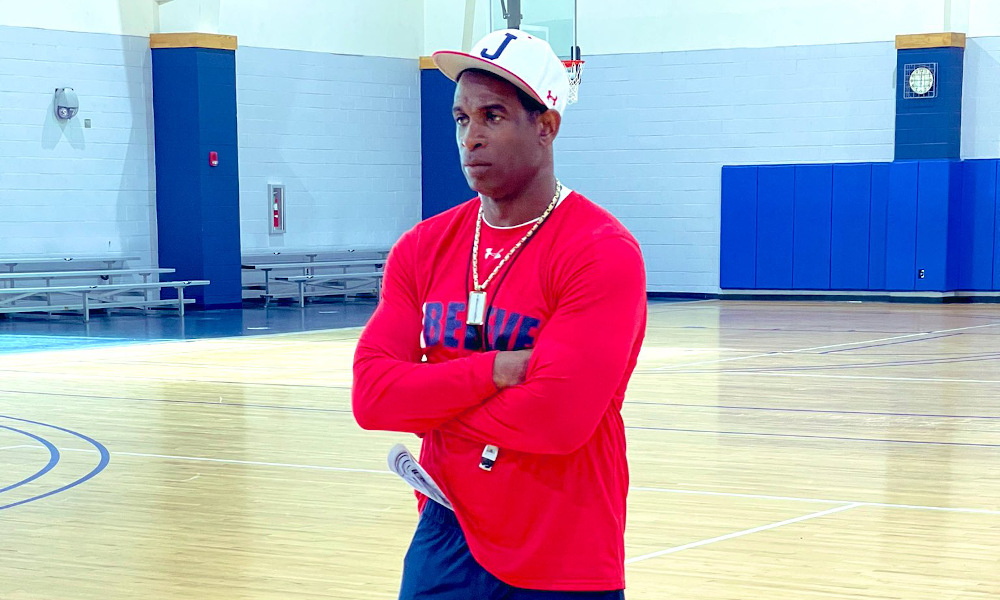 As a football player, Deion Sanders created his own lane into the hall of fame.

He brought swagger to Florida State University, and one was one of the greatest defensive backs in the history of the National Football League.

The two-time Super Bowl champion has his name in the College and Pro Football Hall of Fame as a player.

Last season, Sanders updated his credentials to head coach of Jackson State University. The Tigers went 4-3 with some impressive wins over Edwards Waters and Mississippi Valley State, but the man of a million nicknames wants respect.

Simply known as “Primetime,” Sanders was not happy with being addressed by his first name at the SWAC Media Day event inside the Sheraton-Birmingham on Tuesday. According to a report from the Clarion Ledger, Sanders walked out of the event after he was referred to as “Deion” twice. After bringing excitement to HBCU football, Sanders wants the media to give him the ‘Nick Saban’ treatment in the salutation.

He desires to be on the level of the six-time national champion when he enters a room.

In doubling down on his statement, Sanders continued with “If you call Nick (Saban), Nick, you’ll get cussed out on the spot, so don’t do that to me. Treat me like Nick.”

Sanders has been consistent about wanting the media to address him as “Coach Prime.” This provides him with the respect level he wants and the swagger as well. However, some reporters have addressed Coach Saban as ‘Nick’ and he was not offended.

During the 2019 SEC Media Days, Bob Holt — who covers Razorbacks’ football for the Arkansas Democrat-Gazette — referred to Saban as ‘Nick’ and did not get cussed out.

In fact, he gave detailed answers to his questions.

Saban is bothered by some things, but being called ‘Nick’ in a press conference is the least of them.

The respect factor is important at the end of the day. Hopefully, Sanders will get the salutation he is looking for. He is still transitioning from being a Hall of Fame player to a head coach, so it is still taking time for reporters to get used to it.