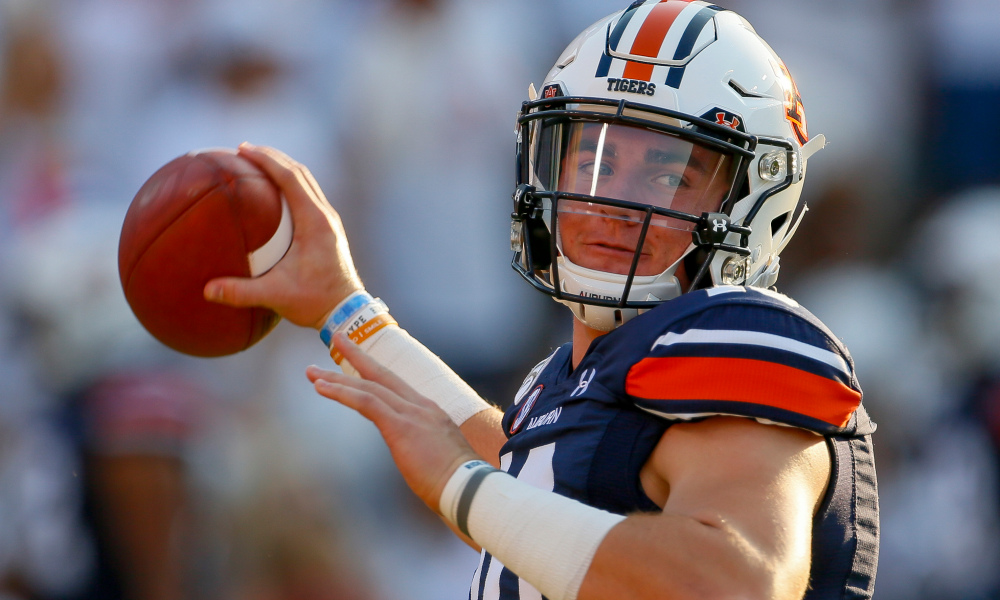 This year’s Iron Bowl might have a sellout crowd at Jordan-Hare Stadium.

Auburn University is doubling down on its statement of not fearing the University of Alabama. Tony Fair, a transfer from UAB, started the conversation on Twitter. The new defensive lineman posted a video with the caption: “We are coming to take the head off the elephant.”

At SEC Media Days, Bo Nix continues the topic in front of reporters at the Hyatt Regency-Wynfrey Hotel.

RELATED: Alabama will have a ‘very good defensive unit’ this season, according to DL Phidarian Mathis

The junior quarterback said the ‘Tigers are not scared of Alabama.’

“I know that a lot of people want us to be scared, but we’re really not,” Nix said. “I think there’s a mutual respect between Auburn and Alabama. … But for Auburn, we are here to win those big games and to take the head off the elephant.”

Nix, a native of Pinson, Ala., referred to Mac Jones as a ‘game manager’ last year.

Jones proceeded to total 302 passing yards with five touchdowns in a 42-13 victory at Bryant-Denny Stadium. Nix, on the other hand, was intercepted twice and sacked four times.

According to Jordan Palmer, younger brother of former NFL quarterback Carson Palmer, he said Nix will be the No. 1 overall pick of the 2022 NFL Draft. After making this statement on Thursday, he must back up his words with a stellar performance. Auburn has a brand new head coach, Bryan Harsin, who will come out aggressive. However, this provides more ammunition for the Tide to make a statement on the road versus the Tigers.