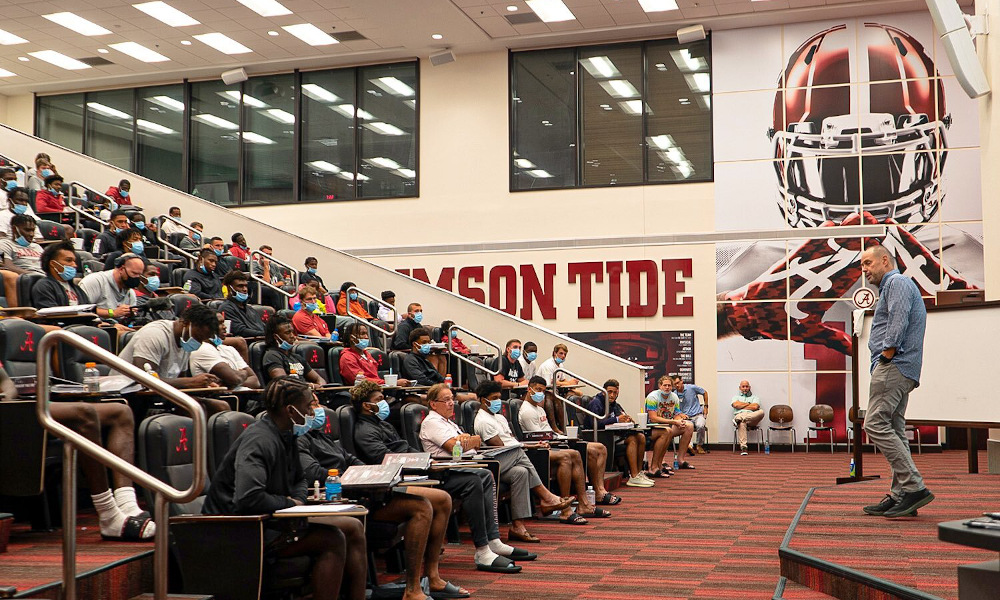 Ernie Johnson has been broadcasting for Turner Sports and CBS Sports for 30+ years.

He has won multiple Emmy Awards and shared the stage with colorful characters. The 64-year-old has achieved a lot in his life, but a phone call from Nick Saban added more. As he enters his 15th season at the helm of the University of Alabama football program, Saban reached out to Johnson to speak to the team. The voice behind Inside the NBA, NBA on TNT, and NCAA Division I Men’s Basketball Tournament for Turner on CBS did not hesitate. Instead, Johnson gave one of the most captivating and stirring speeches to the Crimson Tide. His main theme was “Be a Better Human,” and its purpose is everyone has a role.

He talked about his son, Michael, that he and his wife adopted from Romania.

Michael has muscular dystrophy, a genetic disease that causes progressive weakness and loss of muscle mass. Per Johnson, Michael did not begin to talk until he was eight, yet people gravitated toward him. Michael became a special member of a high school basketball team in Georgia. He cannot walk, shoot, or say many words, but the head coach saw him as someone to teach his players maximum and to have a heart for others. Michael showed the team and school that everyone has value.

In Johnson’s speech, he wants the Alabama players to have the identity of ‘I will do anything for you.’

We get so caught up in the hustle and bustle of life we forget at times other people live in this world.

Johnson reminded the Crimson Tide and us as people to find ways to make somebody else’s life better. His story plays into the statement Saban uses for his players: “People will not always remember what you did on the field, but they will always remember you helped them in a time of need.” It is okay to show emotion. It is okay to tell people you love them. It is okay to value those you work with. Johnson’s words brought tears and a standing ovation. Saban knows who to bring to have his players in the right frame of mind as young men, and Johnson continues the trend. Alabama will continue preseason practice on Thursday.