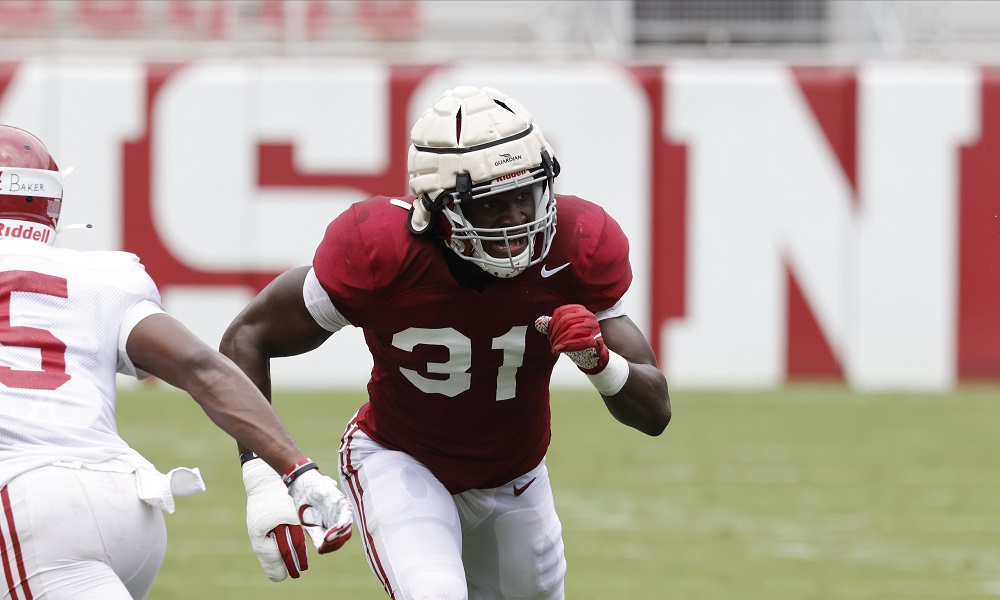 He was a problem as a true freshman, and this was without knowing the full defense.

As he prepares for his second season, Will Anderson is going to be a nightmare for quarterbacks.

He snatched a starting role from Ben Davis in 2020 and finished third in the Southeastern Conference for sacks (seven) and tackles for loss (10.5). Anderson started all 13 games and posted 52 tackles, a forced fumble, a blocked field goal, and a team-high eight quarterback hurries.

He got better as the season went on and became a Freshman All-SEC and Freshman All-American selection. Anderson’s efforts allowed him to win the Shaun Alexander Freshman of the Year award from the Football Writers Association of America. Since the spring, the former five-star has put last year behind him and is focused on this season.

He enjoyed watching Anfernee Jennings with the Crimson Tide, so Anderson has been studying his old footage.

The 6-foot-4, 243-pounder is also more comfortable in the defensive system. He understands his role and the roles of his teammates. Anderson turned in freakish numbers in the summer program, and he’s gotten the better of Evan Neal at times during fall practice. As a native Georgian, he had a season similar to Tim Williams last year. Anderson is embracing an opportunity to blow Williams’ numbers out of the water. According to Saban, Anderson is now ‘a complete player.’

“He’s been really good,” Saban said after the second scrimmage. “Will’s probably the guy that creates more havoc for our defense in terms of his ability to pass rush. He understands the whole scheme.”

Anderson is someone Coach Saban ‘loves’ to teach. He is a preseason candidate for Dick Butkus, Bronko Nagurski, Chuck Bednarik, and Rotary Lombardi awards. Anderson is set to take the next step, and fans are overjoyed to see it.