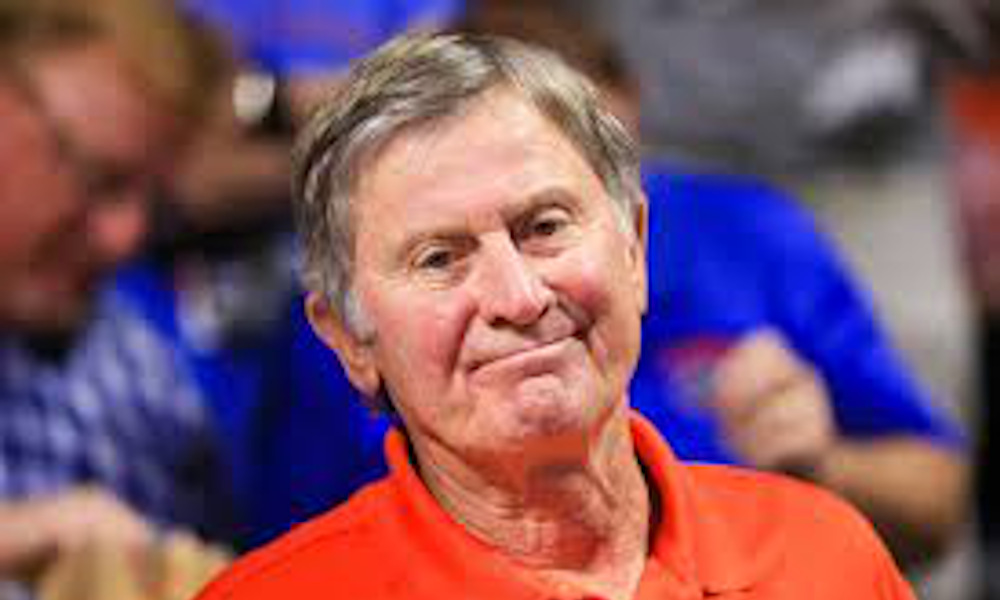 He has not been the head coach of the Florida Gators since 2001, but Steve Spurrier wants the smoke when it comes to Alabama.

During his 11 seasons with the Gators (1990-01), he faced the Crimson Tide nine times. Spurrier was 6-3 against Alabama; however, the Tide defeated him twice in 1999. Dan Mullen has not fared well against Nick Saban. He struggled against him at Mississippi State and lost to him last year at Florida. The Gators came up short in the SEC Championship Game versus Saban.

Despite the Tide reloading on talent, Spurrier and Shane Matthews do not see Alabama handling Florida at Ben Hill Griffin Stadium.

During an episode of Gators Roundtable on 92.5 FM in Jacksonville, Fla., Spurrier said the Gators will beat Alabama.

Matthews, a former quarterback at Florida, suffered a pick-six at the hands of Alabama safety Antonio Langham. He returned the play for a touchdown in the 1992 SEC title game, delivering the Tide to a 28-21 victory. Matthews decided to point out some weaknesses he sees for the Tide. He highlighted Alabama’s offensive line and sophomore quarterback, Bryce Young.

“Until they can complete a forward pass, I have a hard time looking at Kentucky as a team that can beat us,” – @SMniner. #Gators Roundtable drops THIS FRIDAY, full episode on YouTube. pic.twitter.com/uvz3zIktbX

“They [Alabama] have a very young offensive line, and they are concerned about that, even though they are all five-stars,” Matthews said. “Bryce Young, we don’t know if he is going to be the quarterback when he comes here. He might get benched against Miami for all we know.”

In a joking manner, Spurrier responded with “can you bench a guy that’s getting $1 million?”

Since 2007, Coach Saban is 7-1 all-time versus Florida as Alabama’s head coach.

Alabama will battle the Gators on Saturday, Sept. 18 to open its SEC schedule.