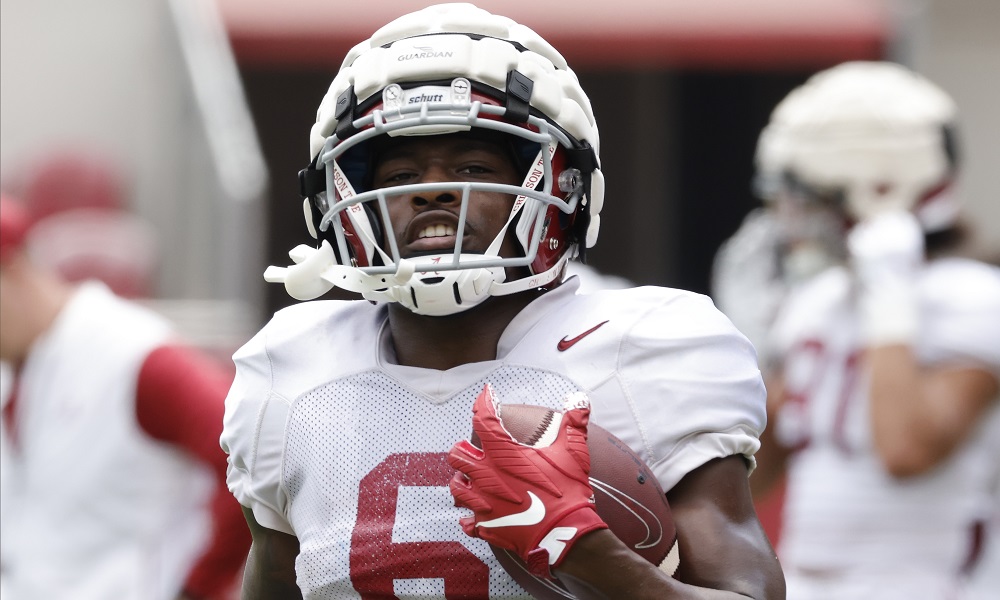 A massive weight has fallen off Trey Sanders’ shoulders.

Alabama football had its best moment in the third quarter versus Miami. After watching Brian Robinson, Jase McClellan, and Roydell Williams get worked in, Nick Saban called on the former five-star via IMG Academy. During his first two seasons as a running back, Sanders encountered much adversity. He suffered a foot injury in 2019, and serious injuries from a car accident in Florida sidelined in 2020 after a good showing against Mississippi State. He could have left the Crimson Tide or had a pity party, and no one would have blamed him. Instead, Sanders showed a rare trait that has won over the heart of Nick Saban.

He finished second on the team in rushing with 41 yards on eight carries. Alabama fans went crazy when Sanders recorded a 20-yard rushing touchdown. Despite taunting Miami fans with the “U” symbol in the end zone, it was a special moment for Saban to witness the redshirt sophomore score a touchdown. He averaged 5.1 yards per carry and had fun helping Alabama earn a 44-13 victory over the Hurricanes.

Sanders worked his tail off through the offseason, and Saban was lost for words in his presser.

“Trey Sanders has been through a foot injury, missed the whole year,” Saban said. “He had a car wreck, missed another whole year. And there is probably no veteran on our team who has been through more adversity, so I was happy as all get out to see him score a touchdown today. Most people don’t know how hard this guy has worked to get back as a football player. I was pleased about that.”

Through it all, Sanders has never complained.

He kept fighting, and one of the people that congratulated him after he scored was Jeremy Gsell, Alabama’s Director of Rehabilitation.

The two have spent much time getting the talented runner back to 100 percent.

Alabama fans are happy to have Sanders back, and they are looking forward to him continuing to grow.