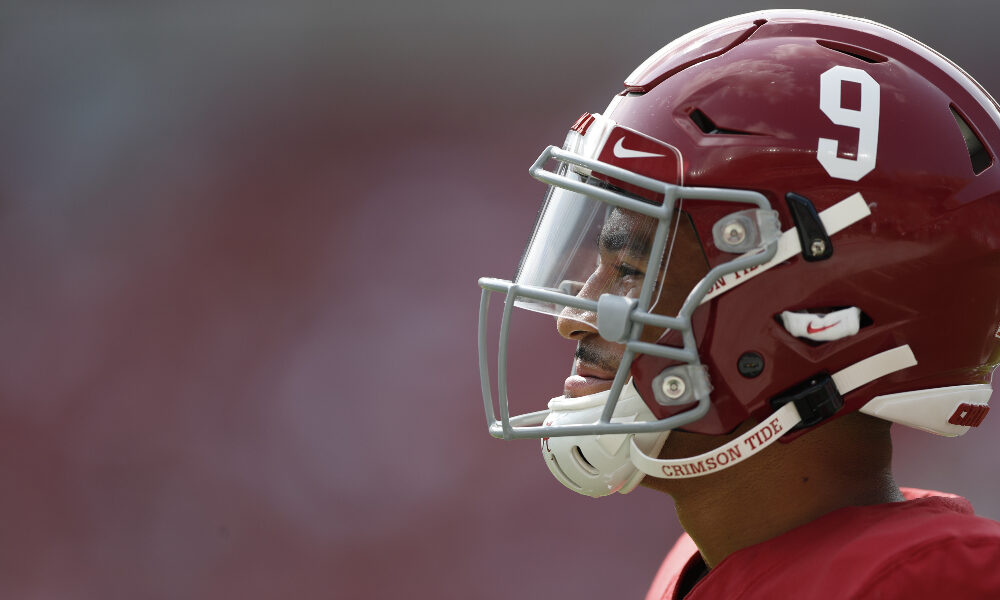 Bijon Robinson is putting on a clinic for Texas versus Oklahoma, but Bryce Young looks to own Kyle Field.

Things are starting to get interesting in the Heisman Trophy race. Oklahoma has benched Spencer Rattler, Cincinnati’s Desmond Ridder is rising on boards, and Robinson is tearing up the Sooners in the Red River Rivalry. Young started the season as the third or fourth option to win the Heisman; however, he rose to No. 1 after leading Alabama to a 42-21 victory over Mississippi at home.

RELATED: Trey Sanders to cash in on opportunity for Alabama versus Texas A&M

Young has the highest odds to win via Bet MGM, Points Bet, FanDuel, Draft Kings, and Caesar’s Sportsbook. According to Las Vegas Insider, the sophomore quarterback carries the top odds at +125. He looked great against Miami to begin the season, but the California native needs a scintillating performance versus Texas A&M. If he tosses for four to five touchdowns, Young will distance himself from the competition. Alabama has never had a Heisman-winning quarterback, but Young can give it one.

It will be a fun atmosphere at College Station, Texas. Young wants to be the unquestioned leader in the Heisman clubhouse.

He has to be very dominant in a hostile environment. Young enters the contest with 17 touchdown passes.