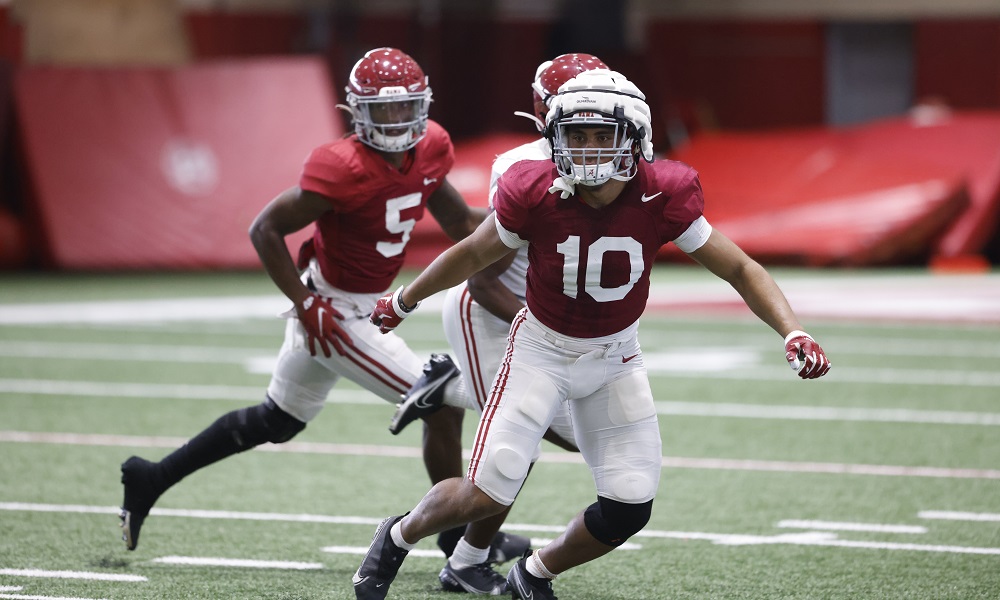 Nick Saban and the Crimson Tide faces Jimbo Fisher at Texas A&M tonight at 7:00 p.m. from Kyle Field. Coach Saban is after victory No. 25 against a former assistant, and he wants a complete game from Alabama’s defense.

The Tide comes off a matchup against Mississippi, where it held the Rebels to 21 points and under 300 yards offensively. Before it takes on the Aggies, Alabama’s social media account dropped a hype video that featured linebacker Henry To’oto’o as the narrator.

He arrived during the summer as a transfer from Tennessee.

To’oto’o leads the Tide for total tackles (35) and has 1.5 tackles for loss and a quarterback hurry.

After encountering struggles versus Florida, the California native stepped up versus Ole Miss and made plays. In the video, To’oto’o talked about his journey to the Crimson Tide. It has not been an easy one, but it was the road he chose to succeed. His teammates see him as the one who sets the defense in motion. He has a challenge in stopping Isaiah Spiller, Ainias Smith, and Jaylen Wydermeyer for Texas A&M.

The Aggies are a two-loss team, but they want this game. On Thursday, Saban said the matchup presents a ‘trap game’ feel for Alabama. To’oto’o looks to play with discipline, toughness, excellent communication, and relentless fight.

He will be under the lights for a Southeastern Conference showdown.