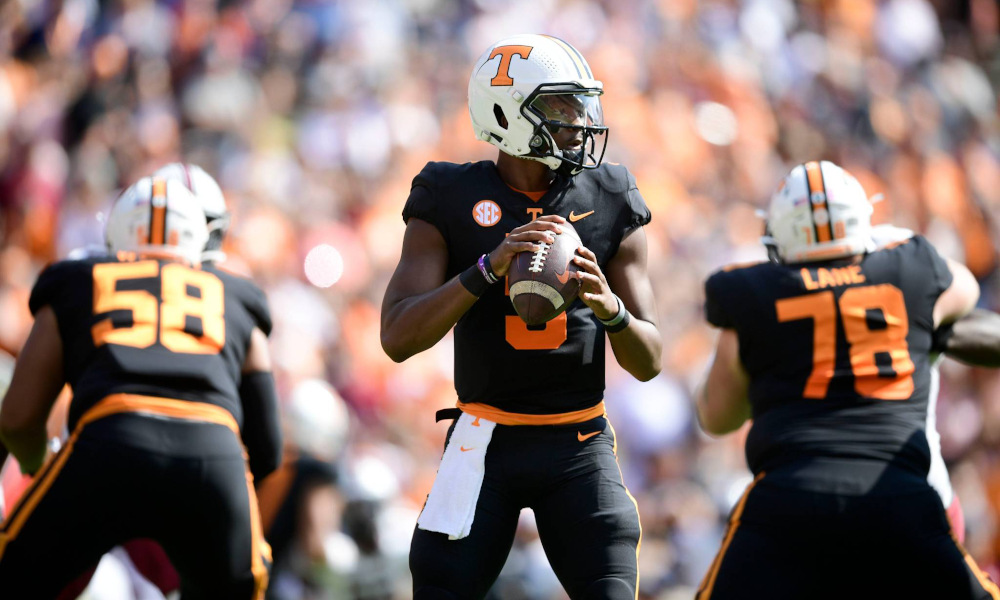 He is one of the most decorative college football quarterbacks for the Oklahoma Sooners, but Josh Heupel might be a darkhorse candidate for SEC Coach of the Year.

The University of Tennessee was hit with multiple recruiting violations under Jeremy Pruitt, and the program was not looking good.

Heupel, 43, has the team competing and boasting a winning record. He brings the Volunteers to Bryant-Denny Stadium for its annual rivalry against Alabama. Despite injuries at quarterback, Tennessee nearly pulled out two upsets over ranked schools.

RELATED: Alabama vs Tennessee is still a rivalry game to Nick Saban and Josh Heupel

It lost to Mississippi and Pittsburgh by 12 points.

When it comes to talent, Tennessee has it on offense and defense. The “Third Saturday in October” meeting has been one-sided since Nick Saban arrived at Alabama in 2007; however, the Vols made it interesting in 2009, 2014, and 2015. Tennessee also played well in 2019 in Tuscaloosa. It affected Tua Tagovailoa on defense as he left the game with an ankle injury. The Volunteers kept things close until Jarrett Guarantano fumbled the ball in the end zone, and Trevon Diggs returned it for a 100-yard score.

Tennessee is Alabama’s matchup on Homecoming. After listening to Heupel on the SEC Coaches Teleconference, the impact players for the Vols are below. ESPN will have the call on the game at 6:00 p.m. CT.

According to Heupel, the senior quarterback is day-to-day. Hooker was performing well before the injury — completing 68.8 percent of his passes (95-of-138) for 1,296 yards with 14 touchdowns. He brings accuracy and anticipating to the Volunteers’ aerial attack, but he’s athletic too. The 6-foot-4, 218-pounder has 390 yards rushing with four touchdowns.