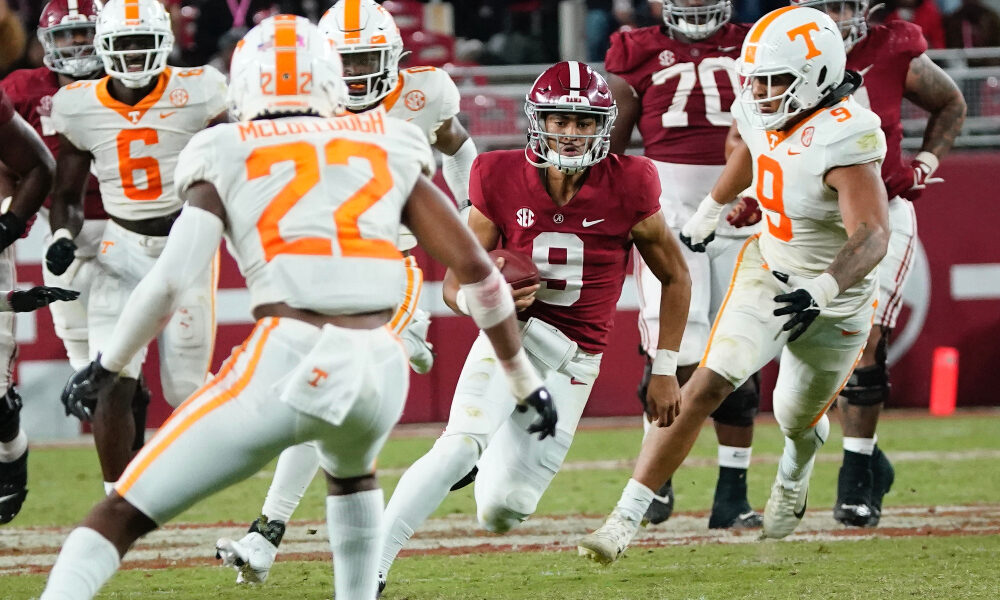 After leading his team to a 52-24 victory over Tennessee, Alabama quarterback Bryce Young was awarded SEC Offensive Player of the Week. It is the second time Young has been honored with the weekly award.

Young threw for a career-high of 371 passing yards against the Volunteers and completed 72.1 percent of his passes (31/43) with two going for touchdowns.

The sophomore also got it done on the ground as he rushed for 56 yards and added another two touchdowns on eight total carries.

Adding to the offensive efficiency was the Crimson Tide’s ability to extend drives and thanks to Young the offense converted 15-of-20 first downs for a 75 percent success rate.