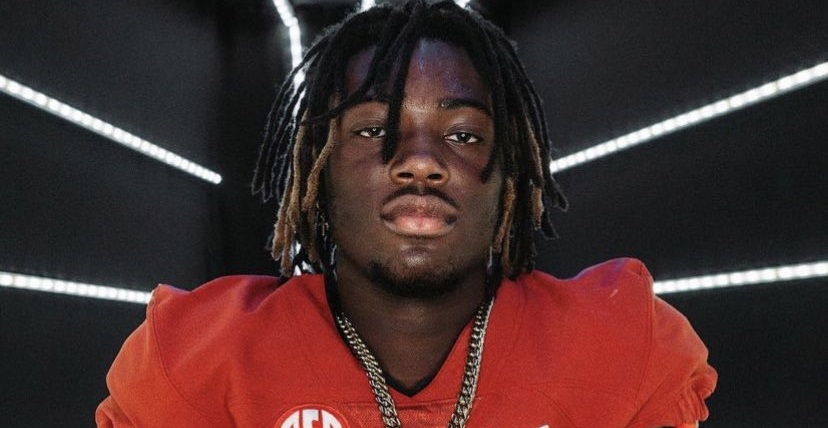 Makari Vickers saw Alabama football in action for the third time this season when he made a trip to the University of Alabama on Saturday evening to watch the Crimson Tide take on LSU.

Vickers is rated as a four-star recruit and is a 2023 prospect. He is a product of St. John-Paul II Catholic High School in Tallahassee, Florida, which is the same school Alabama’s freshman defensive back, Terrion Arnold attended. The Florida product told Touchdown Alabama he thoroughly enjoyed his first night game inside Bryant-Denny Stadium.

“It was a great game,” Vickers said. “I enjoyed it very much. The atmosphere was just crazy, especially when the LED lights are flickering and the red lights are on.”

The four-star recruit was in attendance when Alabama took on Miami in Atlanta to open the season and was visiting Florida when the Crimson Tide faced off against the Gators. Several members of Alabama’s coaching staff have been in contact with Vickers, and they got an opportunity to speak with him Saturday.

“I caught up with coach Valai, coach Sal, coach Petitto and had a brief conversation with coach Saban,” Vickers said.

The highlight of Vickers’ visit to Alabama was spending time with his former teammate and Alabama’s true-freshman defensive back Terrion Arnold. Arnold spoke highly of his experience within the program.

“He has been telling me his experience is second to none,” said Vickers. “He is enjoying himself and feels I should be up there with him.”

Vickers continues to be one of the most complete defensive backs in the 2023 recruiting class. At 6-foot-2 and 190 pounds, his frame is prototypical for a D1 defensive back. He is technically sound in his movement in coverage and can come downhill and make effective tackles.

Vickers’ recruitment is wide open with programs across the country recruiting him. Alabama has placed itself right in the thick of things for the athletic prospect.