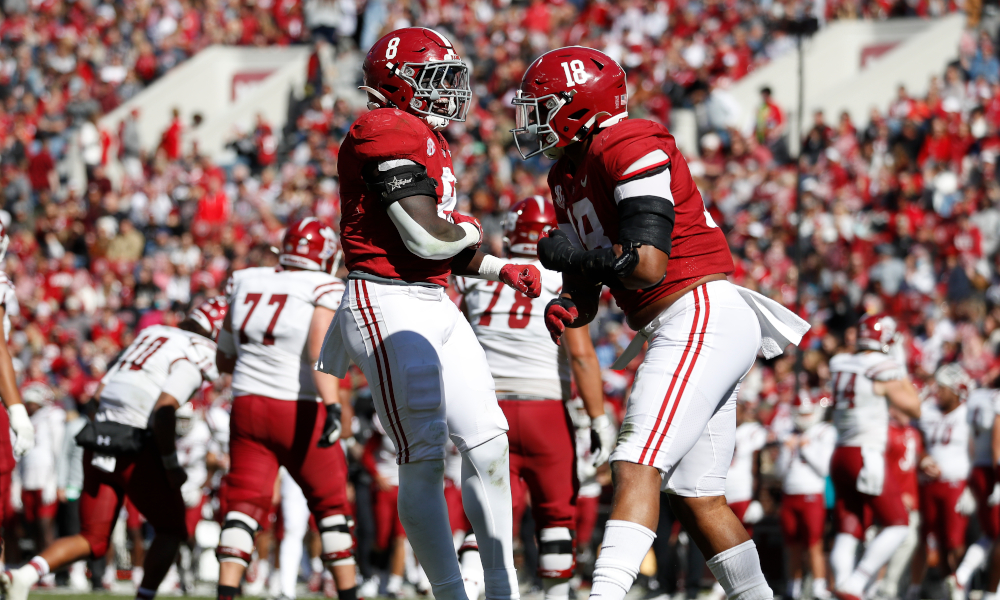 Before kickoff against New Mexico State, an Alabama football parent shared a message with me.

“Teams that peak late form championships. Those guys are getting in order at the right time.”

The statement remained on my mind all game, and it ended up being true. Alabama earned a 59-3 victory at Bryant-Denny Stadium over the Aggies in a dominant performance.

The Crimson Tide made light work of its opponent, especially on defense.

After showing incredible effort versus LSU, the Tide may have turned the corner. He challenged the players all week, and Coach Nick Saban saw his words pay off. This year’s team, like the 2015 squad, did not New Mexico State breathe.

Despite a field goal in the first quarter, New Mexico State got shut out the remainder of the game.

The Tide had several players to stand out, including Will Anderson, Tim Smith, Dallas Turner, Drew Sanders, Chris Braswell, Jalyn Armour-Davis, Brian Branch, Malachi Moore, and Christian Harris. LaBryan Ray, a fifth-year senior, recorded his first solo sack as a defensive end since 2019. Shane Lee (linebacker) and Justin Eboigbe (defensive line) shared a sack. Henry To’oto’o had one sack and one tackle for loss, continuing his improvement at linebacker. Saban liked the energy and urgency on defense.

“After the first drive, we settled down and played well,” Saban said. “They did not have 150 yards total, so that’s always good.”

National media does not care about New Mexico State, but Alabama showed its fans it can be dominant on defense.

It clicked very well, and hopefully, this performance carries over to the Arkansas game.