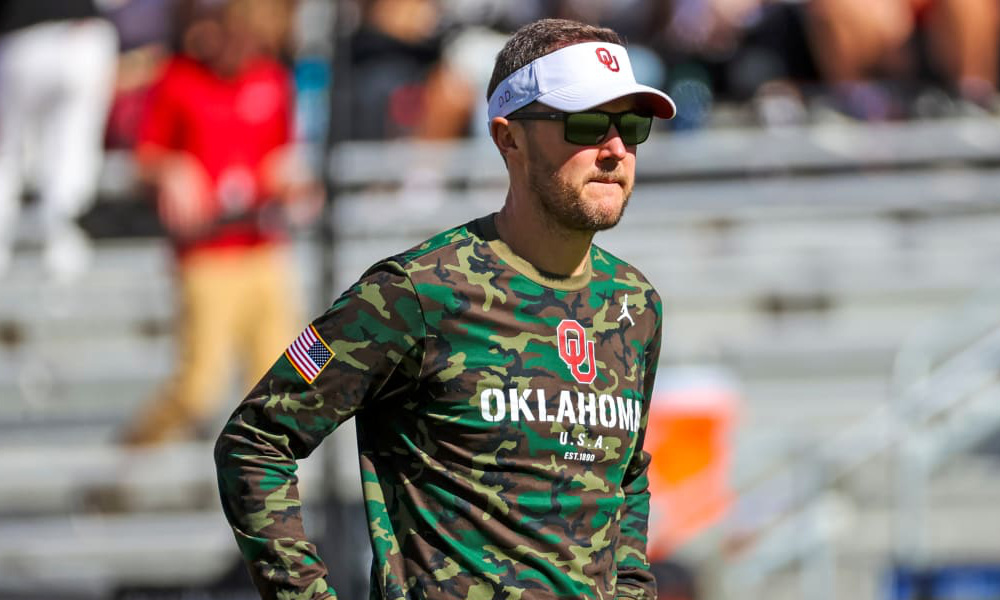 Lincoln Riley ran away from the SEC competition he would soon face at Oklahoma, but the reward was worth it.

After seven seasons with the Sooners (2015-21), including five as a head coach, the 38-year-old will start next year at the helm of the University of Southern California. The news became official on Sunday as Riley is replacing Clay Helton for the Trojans.

We got our guy.

Riley’s contract numbers came out Monday, and they were jaw-dropping. According to Robert Hefner V on Twitter, Riley is getting $110 million, a $6 million home in Los Angeles, unlimited use of the private jet for his family, and USC is buying both of his homes in Norman, Okla. None of the details are confirmed, but it is the estimation provided for Riley.

Lincoln Riley USC contract details (not confirmed; best I could do):
– $110 million
– USC buying both his homes in Norman for $500,000 over asking ($1 million bonus)
– Buying a $6 million home in LA for him
– Unlimited use of the private jet 24/7 for family#Sooners #Trojans

Los Angeles is the second-largest city in the United States, and its stars get paid well.

RELATED: Georgia didn’t prioritize Will Anderson in recruiting, and he looks to dominate SEC Championship Game

California believes in spending money and having relevancy.

USC has not been relevant since the Pete Carroll-coached teams in the early 2000s.

The Trojans hope to become a national power again in college football with Riley, but this opens a bigger question. How does the University of Alabama go about improving Nick Saban’s contract? Riley’s deal puts immense pressure on Alabama’s athletic department and boosters. Saban’s agent, Jimmy Sexton, has pressure on him too. Saban, unlike Riley, controls college football.

Fans of opposing teams create signs with “We Want ‘Bama” on them. No other school in the sport gets that kind of treatment. Several rules have changed in attempts to throw Saban off the throne as king of college football, but none have worked. He has a team that has lacked consistency at times; however, Alabama is competing for an SEC title and a national title.

The mentioning of Saban’s name produces television ratings, radio show ratings, debate shows, revenue shares, changes in recruiting tactics, movement from the BCS system to the College Football Playoff, and coaches changing jobs. Riley is talented, but Saban is an institution. Extra money in his contract should be a guarantee. Saban should also have a yacht, his great-great-grandchildren should have their houses, life insurances policies, and college tuition paid for, Mrs. Terry Saban should have a statue, and 24/7 private jet access should be in if it’s not included. Coach Saban has made Alabama football the template for everyone else.

People are hungry to figure how the program has remained at the top for 10+ years under Saban. All of these things are reasons why no one should be getting more than him. However, Alabama is probably handling the situation now. Greg Byrne (Alabama’s athletic director), the Board of Trustees, boosters, and the Paul Bryant Foundation know how to make the Saban’s comfortable.

The program is working on something to bump him up.