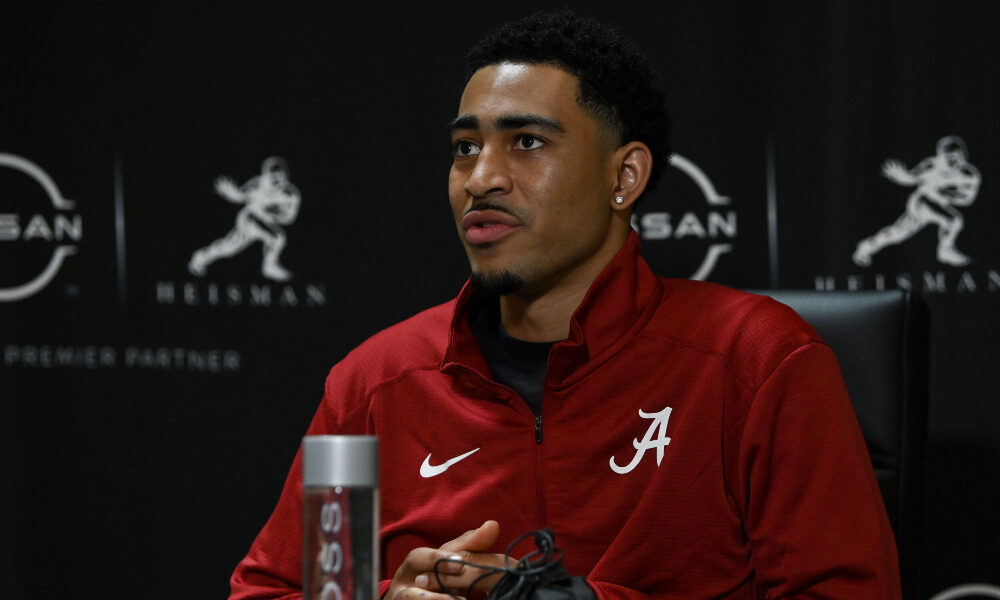 Alabama football has practiced twice for the Cotton Bowl since returning on Wednesday.

He posted incredible numbers as a first-year starter — including 4,322 passing yards and 43 touchdowns — but his love for his teammates is what makes him a leader. Evan Neal, a junior offensive tackle, was one of three athletes that spoke to reporters during Friday’s media availability. He said Young texted him “Hey man, I could not do it without you” after winning the honor.

“That shows the kind of character he has,” Neal said of Young. “I feel like he didn’t look at it as an individual award. He looked at it as a team thing.”

Nick Saban has praised Young’s leadership since he arrived on campus in 2020.

The sophomore earned the respect of his peers as they named him a permanent team captain for the College Football Playoff. He won a host of individual awards, but paying respect to teammates is why Crimson Tide players fight hard for Young.

He will lead the Tide against Cincinnati on New Year’s Eve at AT&T Stadium in Arlington, Texas.