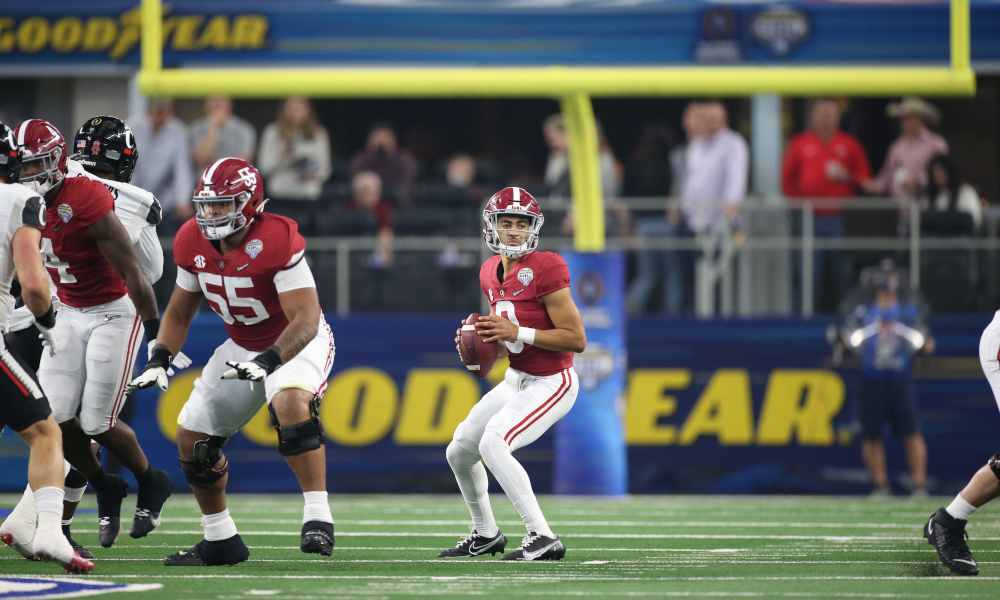 He enjoyed learning from Mac Jones, but Bryce Young did not imagine his first season as Alabama’s starting quarterback being this special.

He has surpassed three signal-callers before him – Jalen Hurts, Tua Tagovailoa, and Jones – through 14 games of production.

Young is the Crimson Tide’s single-season school leader for passing yards (4,503), touchdown passes (46), total offense (4,546), and combined scores (49). He became the fourth Alabama player to win the Heisman Memorial Trophy on Dec. 11, 2020, and the first quarterback in school history to win it. The Tide has had inconsistent moments on its offensive line and with Bill O’Brien, but Young has the team in the College Football Playoff National Championship Game. Alabama gets an opportunity to defend its crown as champions.

Alabama’s Mark Ingram (2009), Derrick Henry (2015), and DeVonta Smith (2020) all won a Heisman Trophy, individual awards, and a national championship. Young can be the fourth Crimson Tide player to end his remarkable season with a national title.

The sophomore can also become the fourth quarterback since 2010 to win a Heisman Trophy and a national championship in the same season. College football fans witnessed Cam Newton (2010, Auburn), Jameis Winston (2013, Florida State), and Joe Burrow (2019, LSU) accomplish the goal.

Young is one victory away from adding his name to this list. He will lead the Tide against Georgia in a rematch for the CFP National Championship on Monday, Jan. 10, at Lucas Oil Stadium in Indianapolis, Ind.