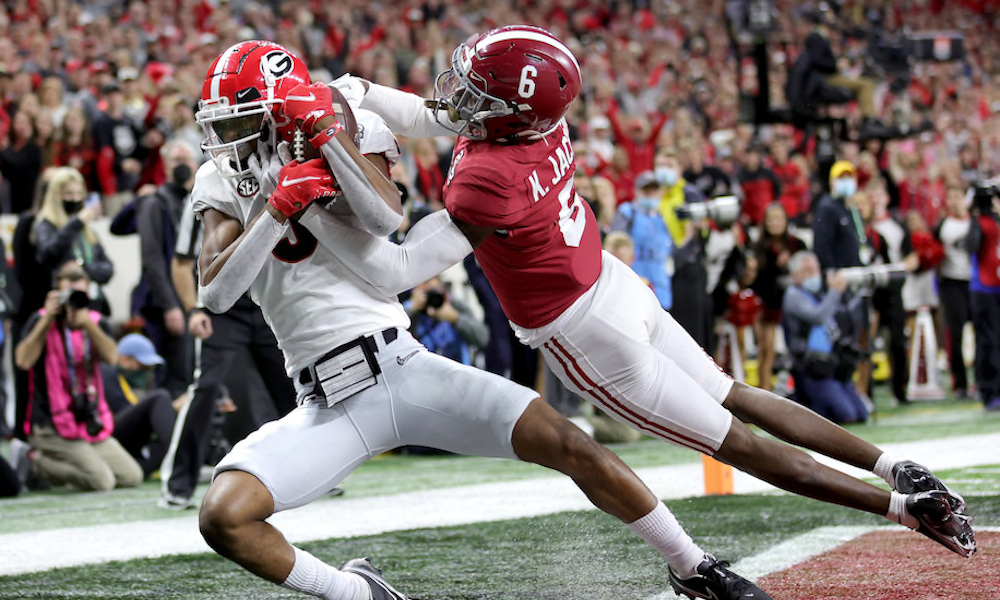 Khyree Jackson came off the field hurt after Alabama’s loss to Georgia in the College Football Playoff National Championship Game.

Jackson, a junior college transfer from East Mississippi Community College, started at cornerback in replacing Jalyn Armour-Davis. He recorded two tackles and one pass breakup, but AD Mitchell caught a 40-yard touchdown from Stetson Bennett on Jackson. Georgia went after the young defensive back and took a 19-18 lead in the fourth quarter. It was one of two plays Jackson surrendered in the secondary. He had a good postseason in relief of Armour-Davis, but Jackson will grow from this moment.

Some fans took shots at him on social media, but Jackson made one thing clear.

He is not defined by two plays and told fans to keep the same energy.

The 6-foot-3, 197-pounder will be in a position to open next season as Alabama’s starting corner if he performs well in spring football. Jackson is talented and had good coverage on Mitchell, but Bennett made a perfect throw.

Sometimes, there is no defense for a perfect pass.

The loss will sting Jackson and Alabama for a while, but the team will be back.