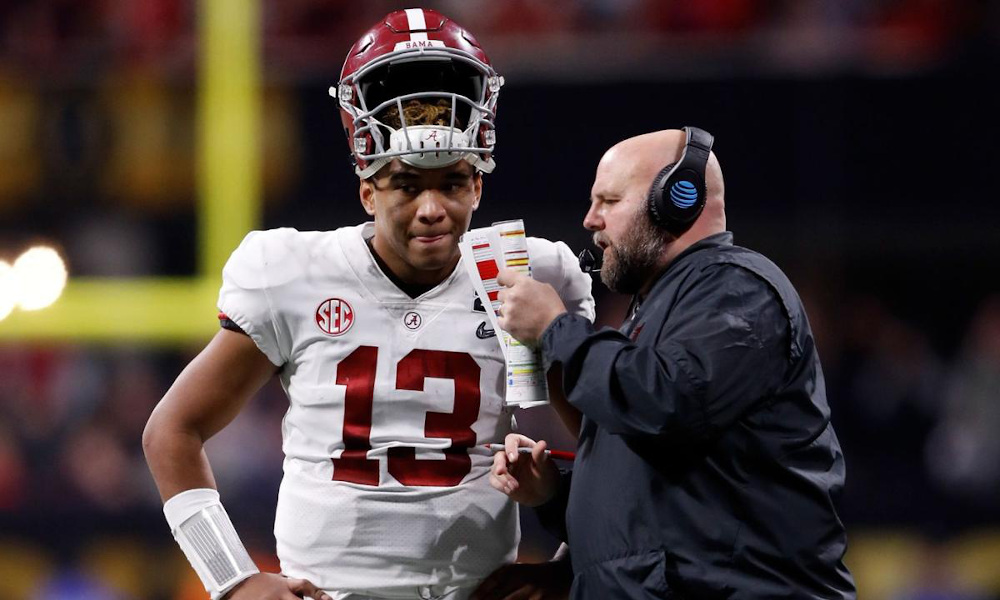 Miami Dolphins fans have had a rough week.

People have been in and out on Tua Tagovailoa as its starting quarterback, and Miami fired head coach Brian Flores after three seasons. Miami wants to hold onto Tagovailoa, but the Dolphins are in the market for a coach that can continue to develop him.

He showed good marks in his second year — improving his completion percentage (67.8) passer rating 90.1) from his rookie season.

Miami needs better protection on its offensive line and another receiver for Tagovailoa in the NFL Draft. He has flashed potential to be a good quarterback.

Brian Daboll has emerged as a top target for the Dolphins job.

He has yet to be a head coach, but Daboll spent much of his career in the National Football League. He won five Super Bowls on Bill Belichick’s staff with the New England Patriots.

Daboll served as an offensive coach with the Patriots, Jets, Browns, Dolphins, Chiefs, and Bills. He’s turned Josh Allen into a superstar quarterback in four years. Daboll has improved Allen’s production since his rookie season in 2018. Allen has back-to-back 4,000-yard passing seasons in 2020 and 2021.

Daboll coached Tagovailoa in 2017 for the Crimson Tide.

He guided Alabama’s offense to 37.1 points per game as a coordinator. Jalen Hurts was the starting quarterback, but Tagovailoa saw action in nine games as a freshman. Nick Saban turned to Tagovailoa in the second half of the 2018 College Football Playoff National Championship Game against Georgia. Daboll worked the native Hawaiian’s skill set, and he completed 14 of 24 passes for 166 yards and three touchdowns. Daboll’s play-calling for Tagovailoa helped the Tide secure a national championship.

Tagovailoa finished the season with 636 passing yards and 11 touchdowns to two interceptions.

Some quarterbacks can win with a defensive head coach, but Tagovailoa needs an offensive mind to grow him.

Daboll is one of the best in the league, and Miami needs to make a move for him.