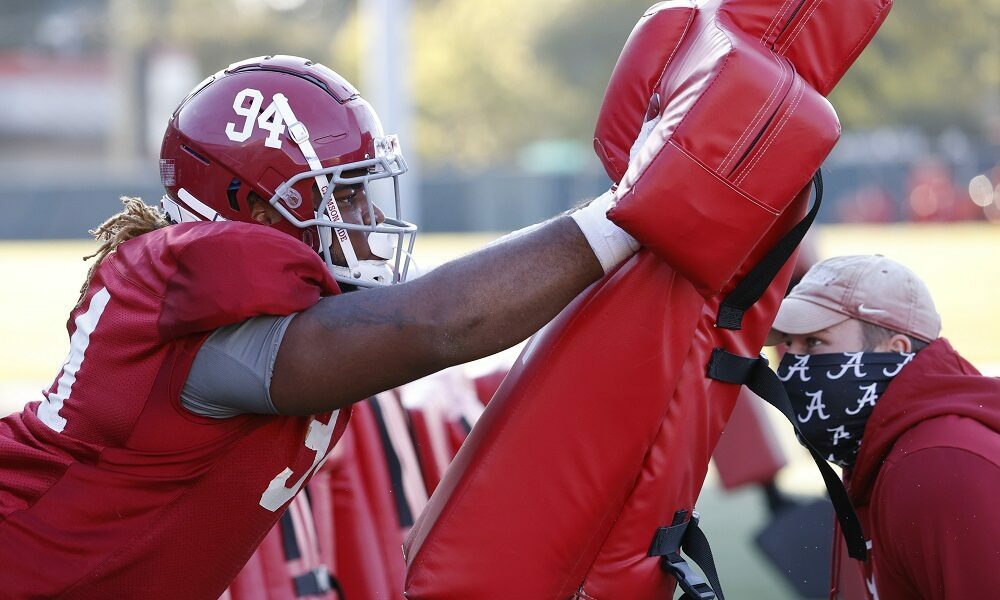 We will be highlighting early spring positions battles and which players will earn starting roles. After looking at the backup quarterback role, we now switch to defense. We dissect the defensive tackle position for spring ball.

DJ Dale returns with the most experience at the defensive tackle position.

He showed immense potential as a freshman, totaling 17 tackles, three tackles for loss, one sack, one quarterback hurry, and one fumble recovery. A knee injury caused him to miss the final three games of 2019, but he was effective. Dale has had issues with his knee in his career, but the Birmingham (Ala.) native flashed big plays in 2021. He posted two sacks, four tackles for loss, one quarterback hurry, and 18 tackles as a junior. The 6-foot-3, 300-pounder is back for his senior season, and he can have a successful campaign if he stays healthy and plays violently.

His freshman season ended with 14 tackles, 2.5 stops for loss, one sack, one quarterback hurry, one forced fumble, and two fumble recoveries. Some Alabama fans felt he should have started over Dale in 2021 at nose tackle. The 6-foot-4, 308-pounder arrived as a five-star prospect from Gifford, Fla. Smith played all 15 games – two starts – last year and tallied 24 tackles, four tackles for loss, and one pass breakup. He has the make-up to be very disruptive and create problems.

Smith has a higher ceiling than Dale, but can he supplant the senior? Spring practice is going to be pivotal for Smith.

Jah-Marien Latham has the size of a defensive end but the physicality of a nose tackle.

He entered the Crimson Tide’s program as an elite in-state talent from Pickens County High School in 2020. Latham dominated 1A football, amassing 69 tackles, 27 stops for loss, and eight sacks in his senior year with the Tornadoes. He has played in five games across two years at Alabama, but Latham produced good numbers in the 2021 A-Day matchup in Tuscaloosa.

RELATED: Top 10 passing plays for Alabama football from the 2021 season

Latham has the profile for an end, but he provides nightmares in the middle for offensive guards and centers.

Jahmil Burroughs came from Georgia as a powerful defensive lineman in 2020.

He played in six games as a freshman, but Burroughs played three matchups last year.

The 6-foot-3, 312-pounder has a skill set to stop the run and pressure quarterbacks. He came in the same class with Latham and Smith. Burroughs garnered some attention, but he is ready to show the college football world what he can do. Veterans will anchor Alabama’s defensive tackle rotation. Burroughs will get an opportunity in practice to prove himself.