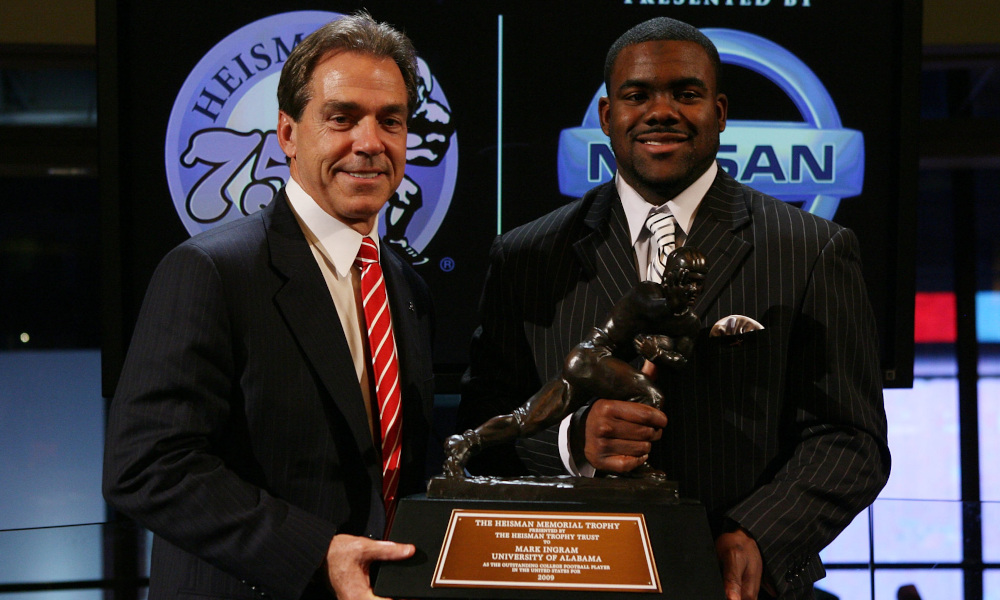 Nick Saban cannot see the future, but one of his former players thought he was psychic during his recruiting process.

Mark Ingram was one of three Crimson Tide alums on Twitter Spaces Tuesday. He joined Jonathan Allen and Da’Ron Payne to relive great moments in Tuscaloosa as the NFL Draft starts Thursday. Ingram, a native of Flint, Mich., came to Alabama in its 2008 signing class. It was Coach Saban’s first No. 1 recruiting class, and the one that started Alabama’s rise to the top.

He became the school’s first Heisman Trophy winner in 2009, totaling 1,658 rushing yards, 334 receiving yards, and 20 total touchdowns as a sophomore. Ingram said his greatest memory of Saban was how he recruited him to the Crimson Tide. 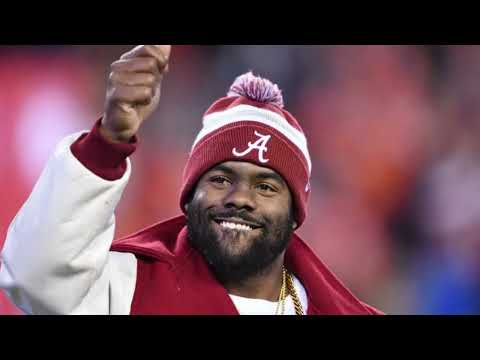 “I remember when he recruited me,” Ingram said about Saban.

“He sat at the kitchen table and said ‘if you come to Alabama you have a chance to be a great player. If you don’t, it is your fault.’ As a player sitting there, I respected that. As a man in this world, all you can ask for is an opportunity. Most of the time in recruiting, it is all these promises. But, there are no promises and that is what stood out about Coach Saban. He did not make any promises. He made it up to you and said I have the opportunity to be a great player. He said if you come here your first year, I think we’ll be a pretty good team. But, I think in your second year we should win the national championship.”

Ingram was amazed at how Saban predicted it accurately.

Alabama was a good team in his freshman year, posting a 12-2 record and making the SEC Championship Game.

It suffered losses to Florida and Utah (Sugar Bowl), but the Tide returned better in the following season. Alabama went undefeated in 2009, beating Florida for an SEC title and defeating Texas in the 2010 BCS National Championship Game.

Coach Saban called it at Ingram’s kitchen table, and he never forgets how “The Process” started.

“That man sat there in my living room at the kitchen table in front of my mom, my grandpa, everyone in my family, and predicted what would happen,” Ingram said. “He must be psychic, I don’t know, be he believes in the process and we all bought into the process. That was an amazing story, and it is something I like to tell because he sat there and told me. My mom can tell you that, my grandpa (rest in peace) was there, but he sat there and called it in my living room.”

Alabama football was good for Ingram. It set him up for 11 seasons in the National Football League. As he enters his twelfth year in the fall, the former first-round selection in the 2011 NFL Draft wants to continue being an impact for the New Orleans Saints.