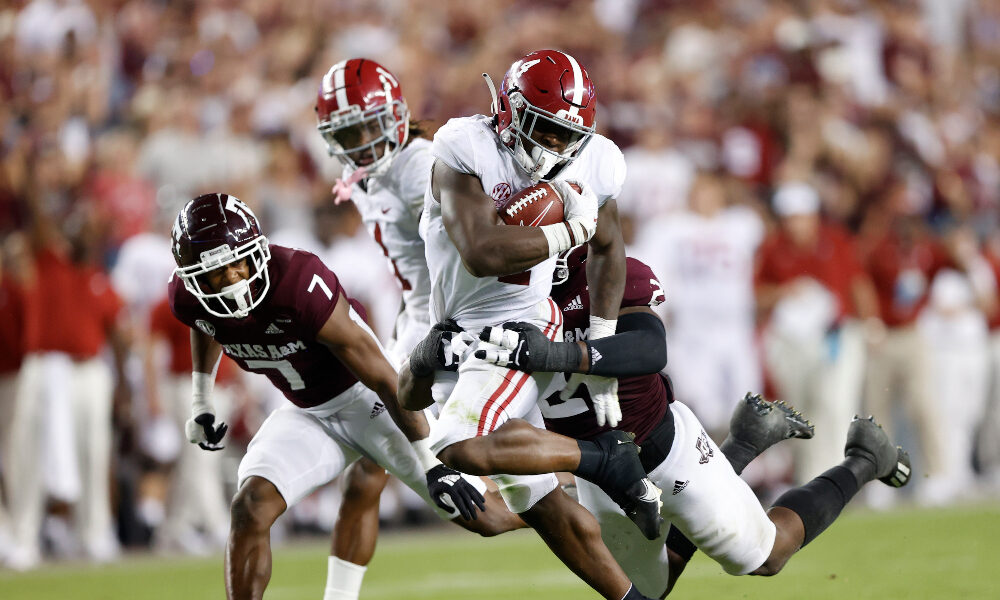 The 2022 NFL Draft is in the books, and projected contracts are out on players.

Alabama football had seven players selected, including two in the first round.

RELATED: Time to recap where the Alabama alums went in the 2022 NFL Draft

Nick Saban has positioned 41 players as first-rounders since 2009 with Andre Smith. Spotrac, a website that breaks down contracts in the National Football League, has the estimation of what each drafted player will receive.

We have what all seven Crimson Tide alums may be pocketing below.

-First Round, No. 12 overall, Detroit Lions

-Second Round, No. 44 overall, Houston Texans

-Second Round, No. 47 overall, Washington Commanders

-Third Round, No. 75 overall, Houston Texans

-Third Round, No. 98 overall, Washington Commanders

-Fourth Round, No. 119 overall, Baltimore Ravens