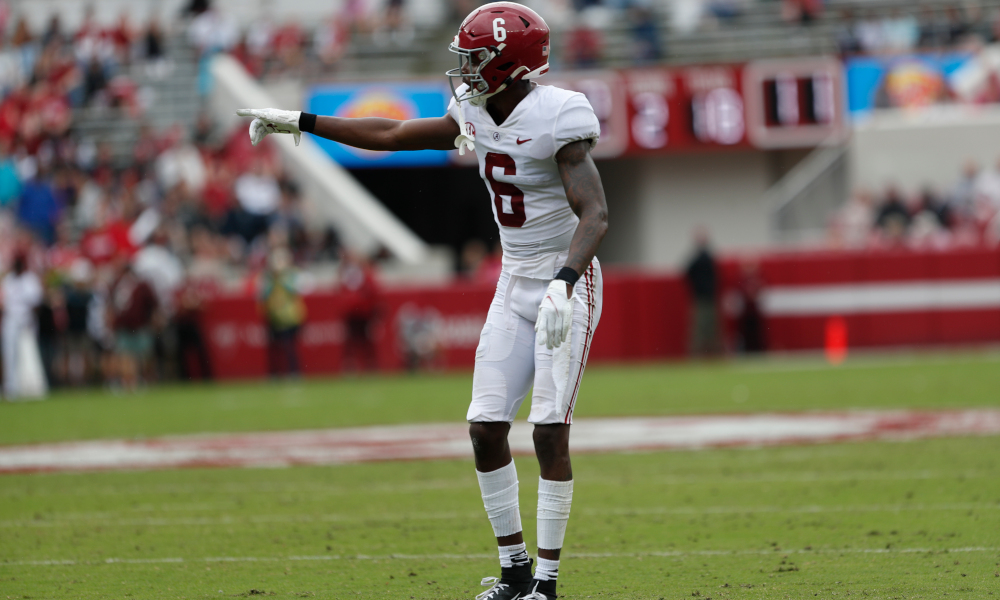 Eli Ricks and Kool-Aid McKinstry get much of the conversation as potential starting cornerbacks for Alabama, but Khyree Jackson is involved too.

The Crimson Tide has a three-man race for two starting jobs, and Jackson is having a good offseason. He did well in spring practice, especially on A-Day at Bryant-Denny Stadium. Jackson locked down receivers, forcing two pass breakups. He played 12 games in 2021 as a junior college transfer from East Mississippi Community College (2020) and Fort Scott (Kan.) Community College (2019). The 6-foot-3, 198-pounder totaled seven tackles and two breakups. He started in place of an injured Jalyn Armour-Davis in the College Football Playoff National Championship Game versus Georgia. Jackson allowed a touchdown reception, but he did break up a pass. The experience he gained is going to play out well for him in the upcoming fall.

Several defensive players are putting in offseason work for Alabama, including Malachi Moore, McKinstry, Brian Branch, Tim Kennan III, and Quandarrius Robinson. Jackson is the latest defensive back getting training in before summer classes start.

Khyree Jackson getting in a little work in the offseason.

He wants to be in a position to win the job at cornerback or get marquee reps as a backup.

Nick Saban has had many defensive JUCO transfers become successful in their second seasons at Alabama. Players such as Terrence Cody, Jesse Williams, Jarran Reed, and Isaiah Buggs were outstanding in year two for the Tide from junior college.

Jackson looks to ball out at his position. Summer workouts and preseason camp will be here soon.