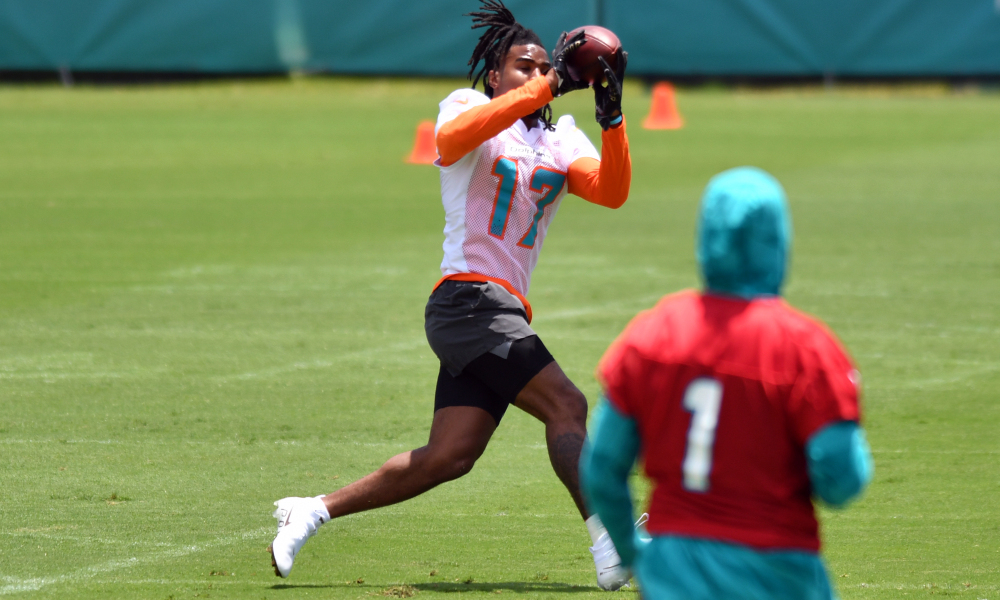 Jaylen Waddle and Tyreek Hill are excited to see Tua Tagovailoa become the next great quarterback in the National Football League.

He has pressure on him to deliver for the Miami Dolphins, but Tagovailoa knows it. His father worked him hard, Trent Dilfer grilled him at the Elite 11, and Nick Saban was not easy on him at Alabama. Tagovailoa took every challenge and become a five-star quarterback, Elite 11 Most Valuable Player, and a College Football Playoff National Champion. He has had unfortunate situations with injuries, but the Dolphins thought enough of him to take him at No. 5 overall in the 2020 NFL Draft.

He has a team committed to him, and Waddle explained via “It Needed To Be Said” why people should respect Tagovailoa.

“That boy looks scary right now. I’m not gonna sugarcoat it bro, it’s been him… he’s been that guy since Alabama. He’s been that guy, consistent, accurate, he’s gonna show out”
#JaylenWaddle #TyreekHill #ItNeededToBeSaid pic.twitter.com/EEdWJMg2rf

“I’m not going to lie, that boy looks scary right now,” Waddle said about Tagovailoa. “I’m not going to sugarcoat it, bro, it’s been him. He’s been that guy since Alabama. He’s been that guy, consistent, accurate, he’s going to show out. The plays he makes in practice, I’ve seen that. I am going to be happier when everyone else gets to see it. When everyone else gets to see what I already know, I am excited about that. I am excited about him.”

Hill added to Waddle’s statement with, “I just like to see other people win.”

Both receivers know what Tagovailoa is capable of in his third season. The masses will also know soon enough.