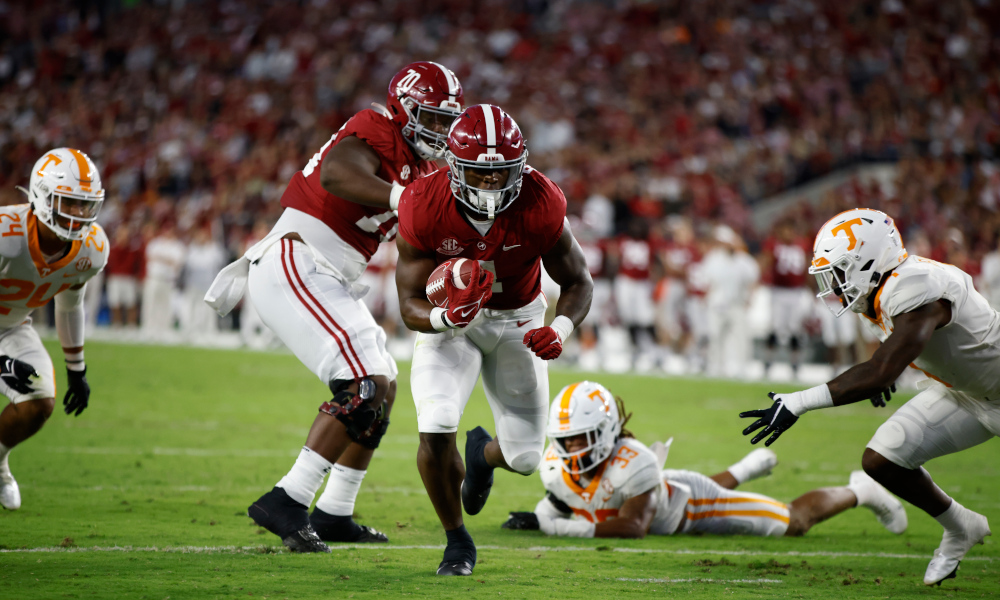 Brian Robinson is an iron man.

He defines the toughness Nick Saban discusses as a player and person.

Robinson is fortunate to be alive after he got shot multiple times in his lower body two weeks ago in an attempted robbery.

He sustained no life-threatening injuries, and the surgery was successful. Robinson was pushing for a starting job at running back for the Washington Commanders in training camp before the incident. He had impressed Commanders’ head coach Ron Rivera enough to where it was a consideration for Robinson to jump Antonio Gibson for the starting role. The injury puts Robinson out for the first four weeks of the season; however, he can snatch the starting spot upon his return. He posted a video to his Instagram story on Thursday of him performing footwork drills at practice. People are amazed to see his progress after getting shot.

Robinson recorded 1,343 yards rushing and 14 touchdowns in 2021 at the University of Alabama. He came as a four-star in the 2017 recruiting class and earned two national championships. Washington selected Robinson in the third round of the NFL Draft.