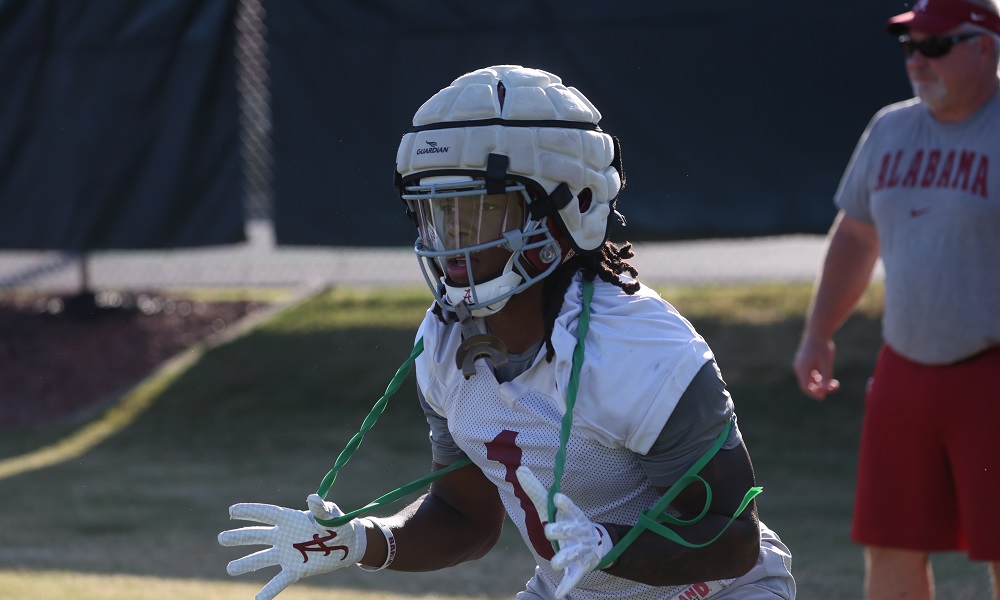 He was everything on offense for Georgia Tech, but Jahmyr Gibbs is beefing up his NFL Draft status at Alabama.

The talented transfer showed his elite skill set as a running back versus Arkansas. Gibbs became Alabama’s first 200-yard rusher of the season, totaling 206 yards on 18 carries. He averaged 11.4 yards per rushing attempt, including two 70+ yard scoring runs.

Gibbs spearheaded the Crimson Tide’s 49-26 victory over the Razorbacks with his performance. On Tuesday, the 5-foot-11, 200-pounder earned Doak Walker National Running Back of the Week honors. Walker was one of the greatest backs in college football history from Southern Methodist University. SMU has presented the Doak Walker honor since 1990 as it goes to the best running back in the nation. Trent Richardson (2011), Derrick Henry (2015), and Najee Harris (2020) all won the honor for Alabama.

This week’s National Running Back of the Week is @Jahmyr_Gibbs1 of @AlabamaFTBL pic.twitter.com/3osp8igy9D

Gibbs is the Crimson Tide’s leading rusher with 43 carries for 378 yards. He has two rushing touchdowns, but he is Alabama’s leader for receptions (19) and has 207 yards receiving with three scores. His versatility has been nice for the Tide this season.