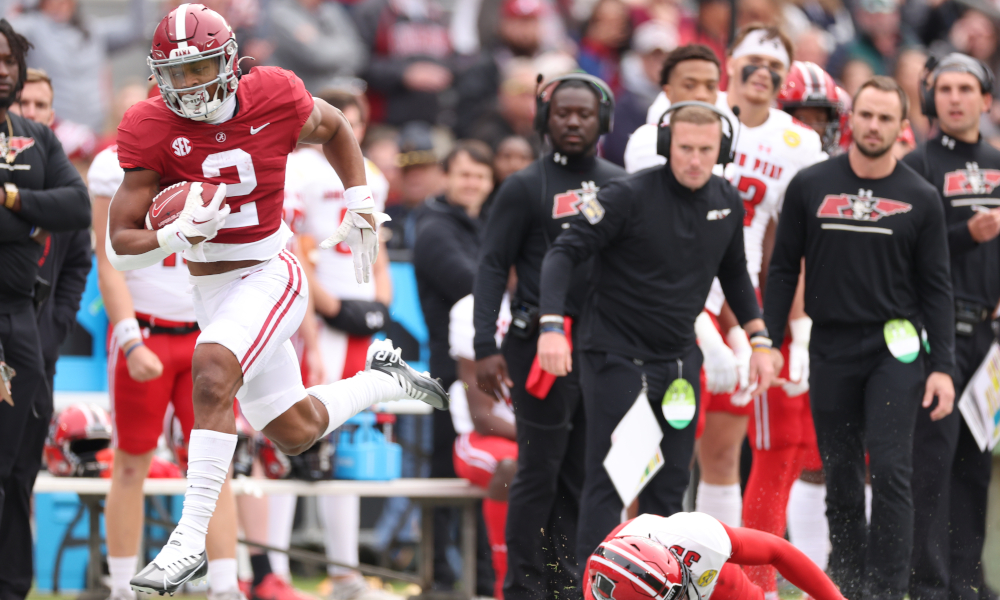 Alabama played inspired during the second half against Ole Miss, but it came out sluggish versus Austin Peay.

Jase McClellan, a junior running back, was the bright spot on offense. He brought passion with him inside Bryant-Denny Stadium, recording his first 100-yard performance of the year. McClellan broke several tackles against the Governors and ran with toughness. The 5-foot-11, 212-pounder totaled 137 yards rushing and a touchdown on 14 carries for the Crimson Tide.

RELATED: Several Alabama players out for matchup against Austin Peay

McClellan averaged 9.8 yards per rush attempt, including a long run of 35 yards. Bryce Young completed 11 of 14 passes for 99 yards with a touchdown for Alabama in its 17-0 lead over Austin Peay. Jermaine Burton caught Young’s 4-yard scoring toss and has four receptions for 56 yards. JoJo Earle, a sophomore receiver, has three catches for 17 yards. Five different players caught a pass from Young in the first half. Alabama’s offense needs to create more big plays in the second half versus the Governors.

Defensively, the Tide was fortunate on a couple of plays.

Alabama’s secondary got burned downfield on routes; however, Austin Peay could not complete the plays.

Alabama has not dominated the game, despite leading on the scoreboard.

Coach Saban needs to find out who is rolling with McClellan in the second half.