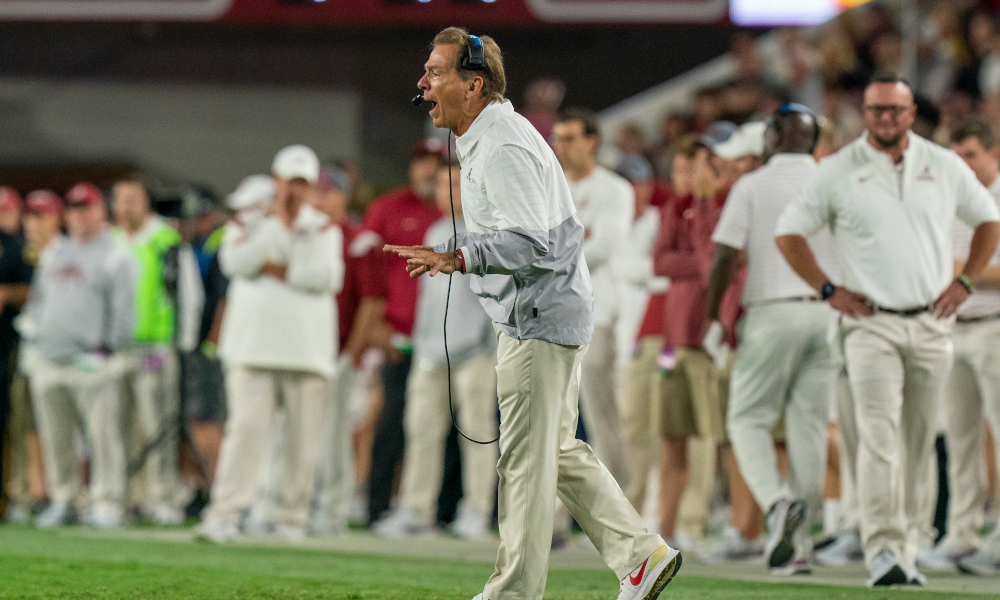 Following a rivalry weekend full of upsets, the media and fanbase have revived conversations surrounding Alabama’s playoff chances ahead of Tuesday’s rankings. The central argument for the Crimson Tide acquiring the fifth spot ahead of Ohio State is the narrow fashion in which it has lost against two top 15 teams in Tennessee and LSU which were by a combined four points while on the road.

The Buckeyes lost its final game of the season to rival Michigan by a score of 45-23 inside its own home stadium.

To begin the season the Crimson Tide blew out Mountain West opponent Utah State at home while the Aggies finished the season with a disappointing 6-6 record. The following week Alabama went on the road to Texas which it should be commended for and escaped with a 20-19 victory against the Longhorns. But the Longhorns didn’t play as impressively against the Crimson Tide for the remainder of the season, finishing with a record of 8-4.

Add on Austin Peay, an FCS opponent, which has been a consistent criticism in the SEC for scheduling such games late in the season, and Alabama has a few holes in its resume.

The weakness of its out-of-conference schedule comes heavily into play for it cannot cover up Alabama losing its two most important games of the season against the Volunteers and the Tigers. Without those two games to have possibly pointed to, the team’s best wins on the season are likely on the road against an 8-4 Ole Miss, Texas and Mississippi State squads.

Whether the Buckeye’s lopsided loss is enough to bump it behind the Crimson Tide, it’s never a good sign when a team is relying on such outside factors for its playoff resume.