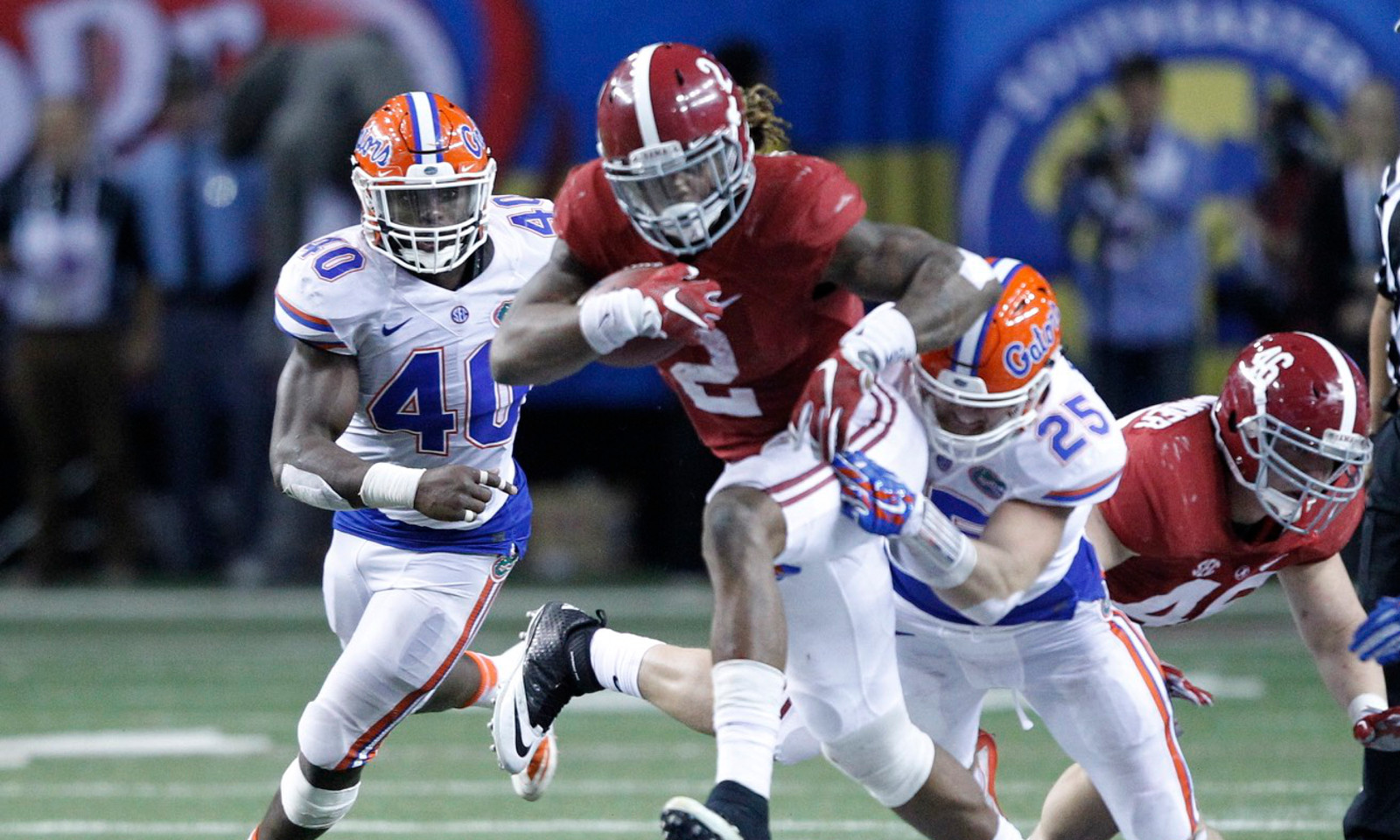 Mark Ingram now has some crimson company with him in the Heisman House. Alabama running back Derrick Henry took home the most prestigious trophy in college football on Saturday night, becoming the second winner in Alabama’s history.

“This has been a life long goal and a dream of mine,” Henry said as he started his acceptance speech. The junior back went on to thank everyone from his college professors to his offensive line before using a “Roll Tide” to cap off the night.

Henry has helped lead the Crimson Tide to an SEC Championship and a 12-1 record. His 1,986 rushing yards and 23 rushing touchdowns are new SEC records and lead the country in both categories. Through just three seasons, Henry sits just 207 yards away from Shaun Alexander’s career Alabama rushing record of 3,565 yards. He currently has 37 career rushing touchdowns, which is five shy of Mark Ingram’s school record.

The junior back was the Vegas favorite entering the night and finished on top of Clemson’s Deshaun Watson and Stanford’s Christian McCaffrey. Henry finished with 1,832 voting points, finishing 293 points ahead of McCaffrey. The Tide star finished first in six of seven regions, placing second in the far west to McCaffrey.

Henry became the first player since Wisconsin’s Ron Dayne to win the Walter Camp Award, the Maxwell Award, the Doak Walker Award and the Heisman Trophy. Henry got to shake the hands of plenty of past Heisman winners but some of the best reaction may have come on Twitter.

Congrats @KingHenry_2!! Welcome to the #Heisman brotherhood! Glad we hold down the 2 heismans in ttown! You deserve it bro! #RollTide

Very gracious speech by Derrick Henry.. Liked how he thanked so many behind the scenes folks.. Well done.

Henry and the Crimson Tide are the second seed in the College Football Playoff and will face off against the Michigan State Spartans in the Cotton Bowl with a spot in the national title game on the line.