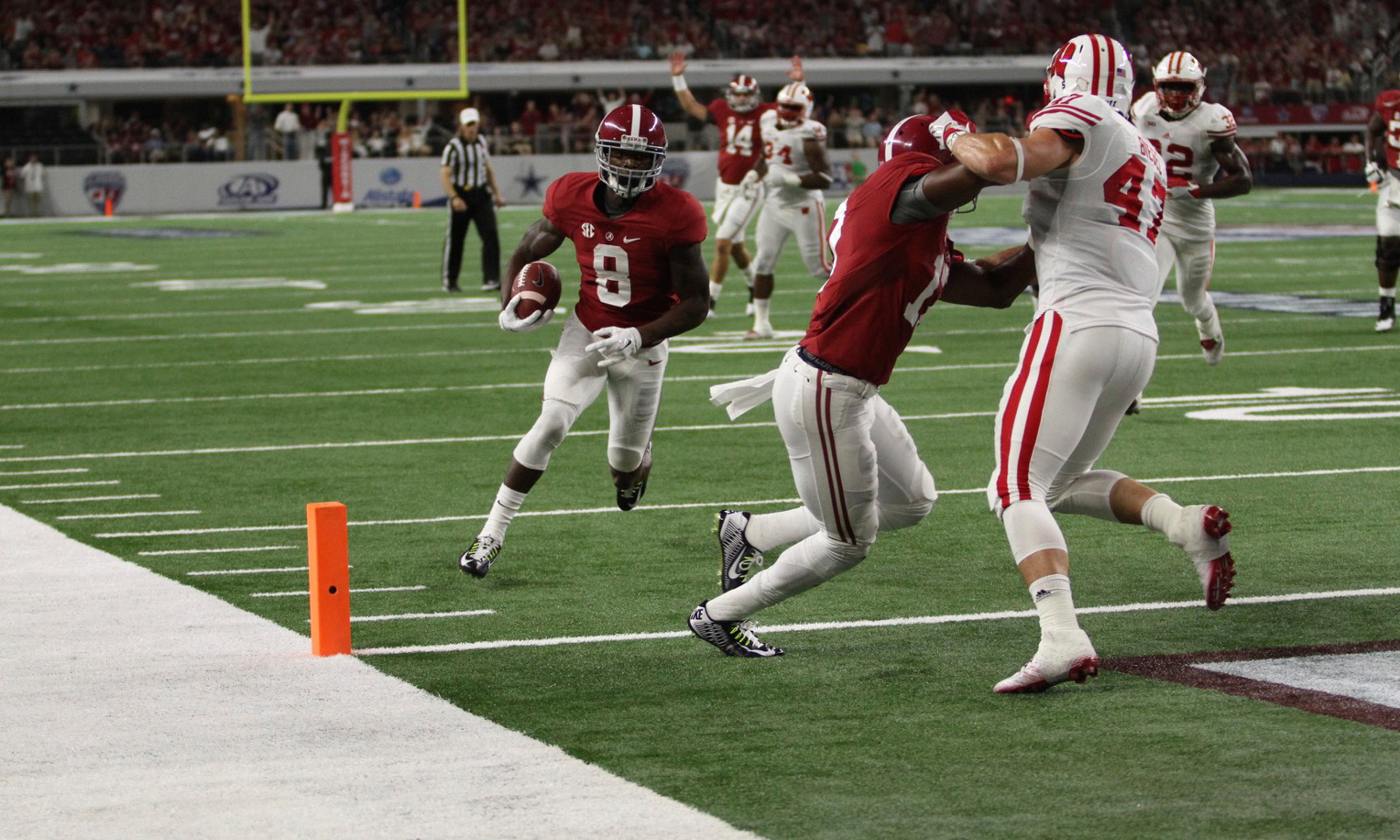 Barring health issues, Alabama could have its deepest core at wide receiver under head coach Nick Saban since his arrival.

Robert Foster (shoulder) continues to wear a non-contact jersey, but it has not stopped him from having a productive spring. The rising junior ended Alabama’s final scrimmage of the semester on a high note, totaling four catches for 106 yards and two touchdowns.

Foster, who stands at 6-foot-2 and 191 pounds, had his 2015 season cut short because of a torn rotator cuff against Ole Miss. He recorded 10 catches for 116 yards and a score prior to the mishap. His time of 4.34 seconds in the 40-yard dash was the fastest among all Crimson Tide wide outs during spring testing.

“Robert Foster made a couple big plays which was good to see and will help his confidence,” Saban said after the Tide’s second scrimmage.

The Pennsylvania native was one of the nation’s most explosive receivers in the 2013 recruiting cycle.

He can play at either the X or Z as a vertical target and with him continuing to improve, it will be a hassle for defenders to guard Foster in the fall.