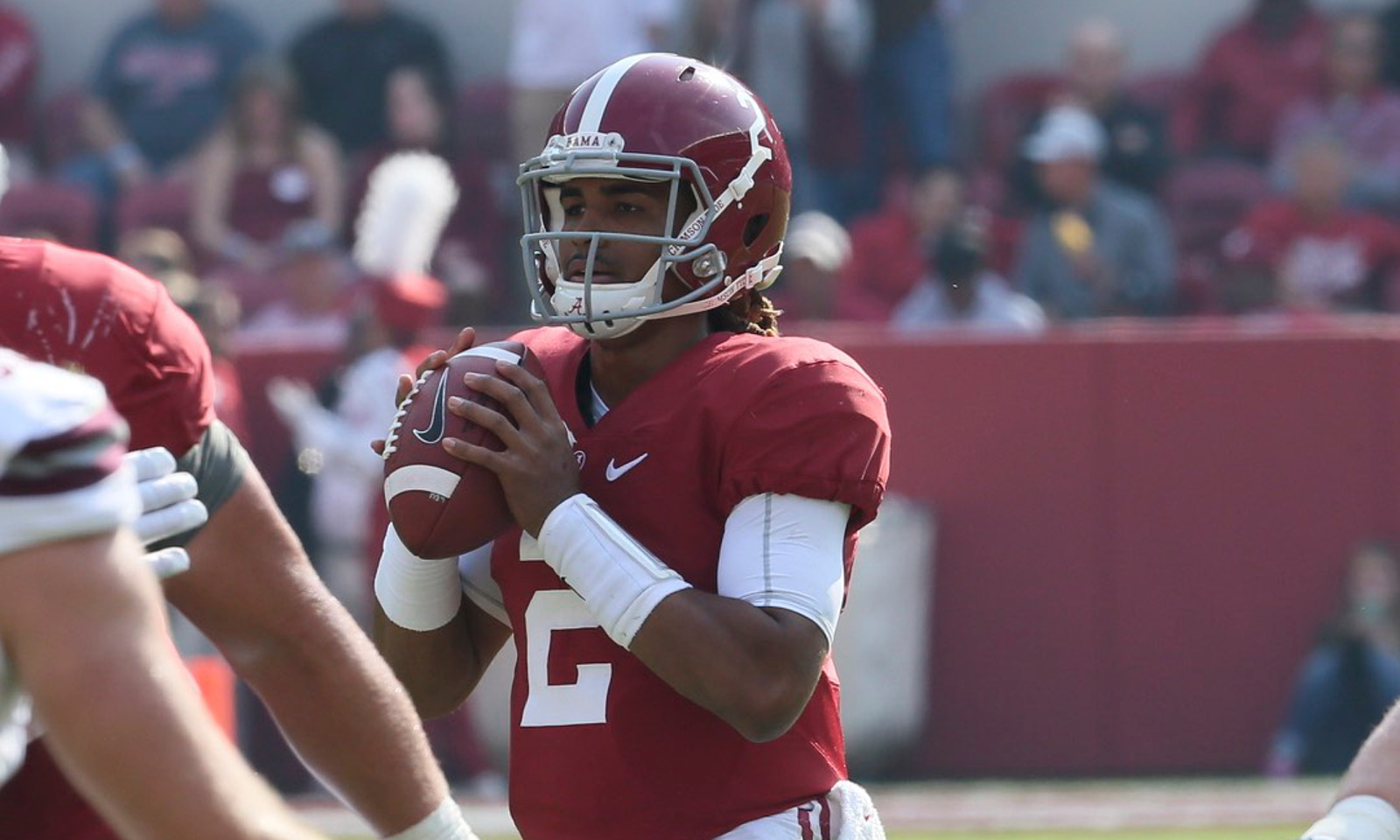 TUSCALOOSA—Once he fully matures, Jalen Hurts will bring much heartache and pain to defensive coordinators across the college football landscape. After numerous meetings with his head coach, Hurts returned to doing something he did earlier this season—showcase a prolific arm.

He hit on 28 of 37 passes for 347 yards and four touchdowns, including three to ArDarius Stewart. Hurts completed 75.7 percent of his throws, re-establishing a mark of at least 60 percent that was snapped against LSU. While the passing game was a focal point, he continues to shred defensive fronts with solid footwork.

Hurts had a game-high 100 yards rushing on 11 carries, including a four-yard touchdown in the second quarter. Mississippi State joins LSU, Tennessee and Ole Miss as the fourth team to witness Alabama’s freshman quarterback total 100 yards passing and rushing in the same game. His five total scores tied a school record for most in a single game, following ex-Tide signal caller Blake Sims—who accounted for five touchdowns in 2014 against Auburn. Hurts sits at 27 total touchdowns on the year, moving him to fifth in school history behind Derrick Henry (28, in 2015), AJ McCarron (twice, 28 in 2012 and 31 in 2013) and Sims (35, in 2014).

Coach Nick Saban was pleased with the offense’s consistency to move the ball. As for Hurts, Saban complimented his quarterback on a better job in providing a more balanced attack.

“Jalen (Hurts) had a really good day today,” Saban said. “It’s one of the things that we’ve been wanting to do in trying to develop some confidence in the passing game, and obviously, he was able to do that very well today.”