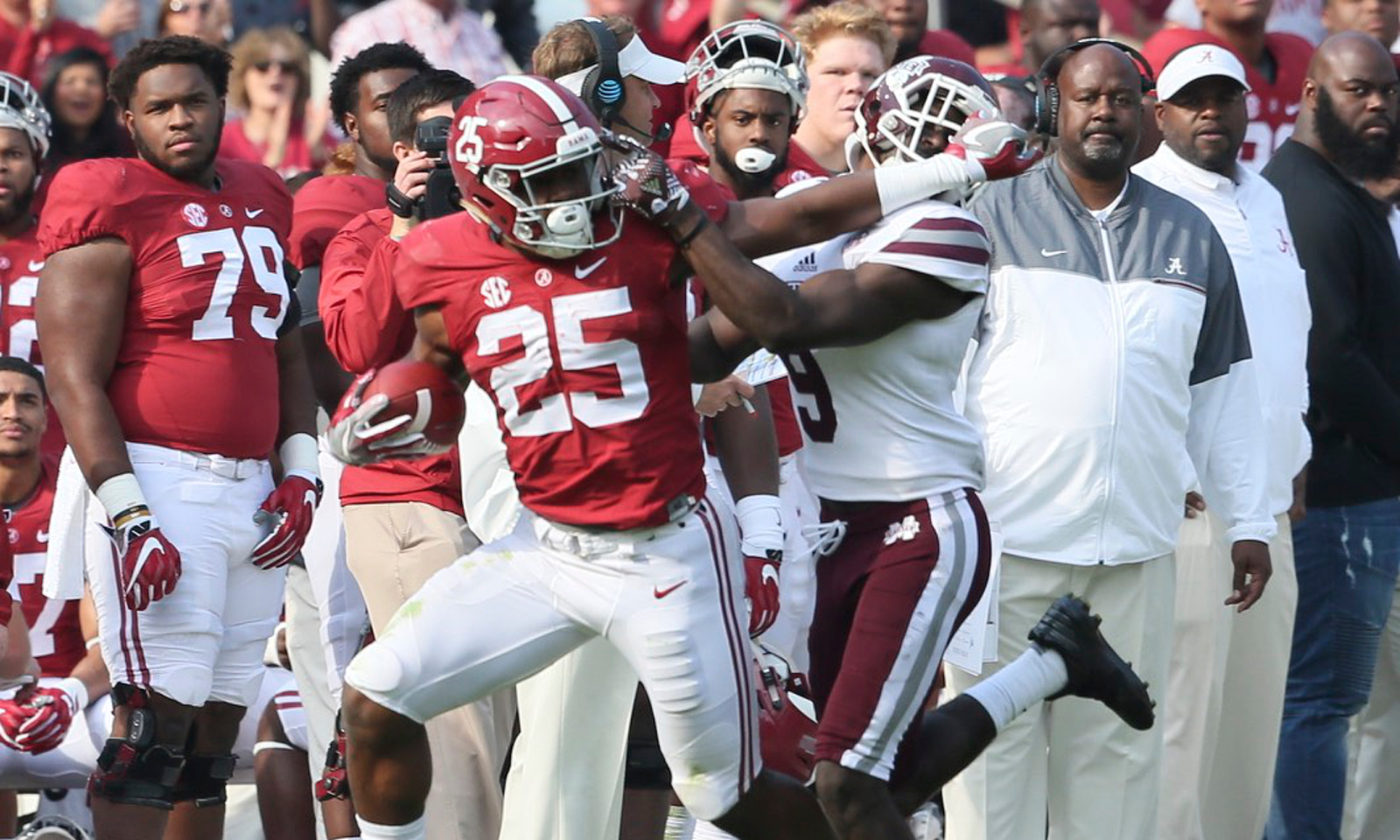 TUSCALOOSA—With Damien Harris, Bo Scarbrough and B.J. Emmons nursing injuries, Alabama fans got its second dosage of Josh Jacobs in a 51-3 win over Mississippi State. While Big 12 schools continue scratching their heads over not signing him, Jacobs had his second 100-yard performance at Bryant-Denny Stadium.

He totaled 123 all-purpose yards, including 89 yards rushing on nine carries.

Jacobs averaged nearly 10 yards (9.9) rushing per attempt and accounted for four of the Crimson Tide’s 26 first downs. The 5-foot-10, 204-pound back sported good hands as a receiver and pass blocker, recording three catches for 34 yards and picking up assignments on blitz packages. Though Nick Saban was pleased with Jacobs after his first 100-yard day against Kent State, more of his teammates are noticing how special he is.

“He just keeps improving week in and week out,” Bozeman said.

Harris remains as the team’s primary back, but with Emmons (foot) out indefinitely and Scarbrough taking his time to really come on, Jacobs has shown that he can shelter much of the load– if needed.

Jacobs sits at 590 all-purpose yards and three touchdowns on 78 touches.