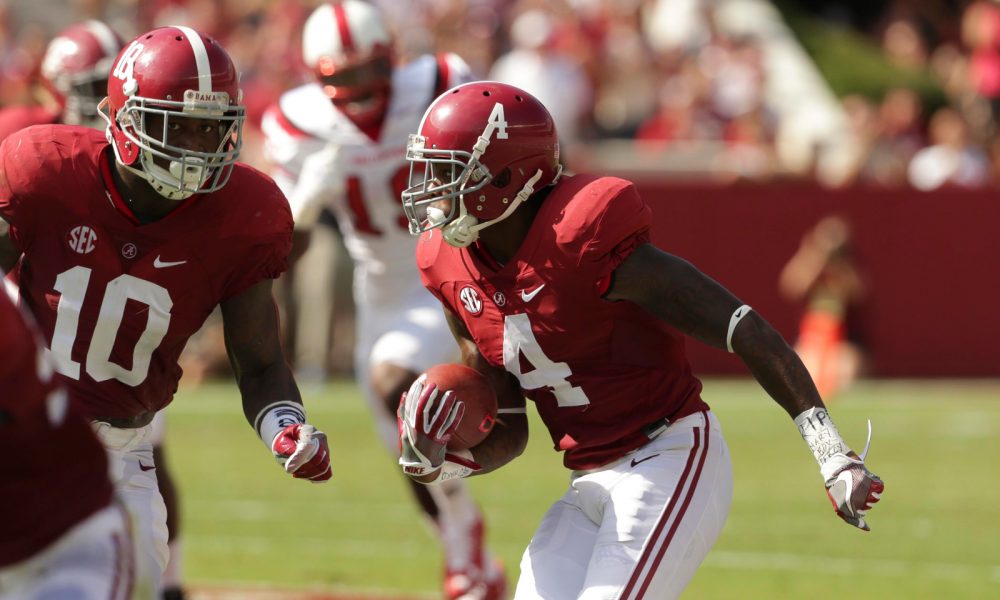 When one thinks of Eddie Jackson, it reminds him of the songs “Here comes the Boom” and “Heart of a Champion”. In all actuality, the former Alabama safety does have all the tools to be a day one starter for the Chicago Bears this upcoming season.

The rookie out of Boyd Anderson High School in Fort Lauderdale, Fla., has everything you want in a safety, and is able to showcase certain talents that coaches can’t teach. He’s able to make tackles in the open field, play man-to-man coverage, able to shift his hips well and play the deep ball which a lot of defensive backs lack in today’s game. Last season, the Bears ranked seventh in the NFL against the pass (224.9 ypg) and 27th against the run at 121.9 yards per game. To make matters worst, the team only had eight interceptions in 2016.

For anyone who’s taken a look at the Bears depth chart, every safety on the roster excluding Jackson has one interception or none. Chicago Bears’ head coach, John Fox has proven himself to be a heck of a defensive mind as well as a head coach, and having Jackson on the team is only the beginning of a new era of Bears football. Alabama head coach Nick Saban had some great things to say about Jackson, the Bears organization and believes the team should be excited about its new rookie safety.

Per Bearswire.usatoday.com, “It’s really hard to teach defensive backs, you know, when do I tackle the guy? Who do I intercept the ball? When do I swat at the guy? That’s almost like teaching a guy to bat. I call it “athletic intuition” to have those kinds of innate instincts to be able to track the ball, play the ball, anticipate where the ball is going, know where the reception area is. That’s one of the things Eddie always did well,” Saban said.

In his career at Alabama, Jackson had a total of 126 tackles and nine interceptions. Due to having a horrid leg injury his senior year, his stock may have declined, but he’s definitely one of the most underrated players in the draft. All I can say is, don’t sleep on Jackson. Fox is known for building teams into championship contenders and with angry Bears’ fans wondering if Jackson was a good pick, trust me, he is and will be a solid play guy for years.

The Bears lacked aggressive physicality, and the safety spot is one of the most troubled positions the team has. In case anyone forgot, Jackson also played cornerback for sometime during his time at Alabama, so he’s able to fill in at a corner when the team needs him to fill in for a top player that went down. All in all, Jackson has played college football at its highest level being in the Southeastern Conference, as well as practicing against his teammates. With having the intelligence, discipline and being coached under a hard-nosed nonsense guy like Saban, Jackson will not be your average rookie defender this coming season, and you can believe that.