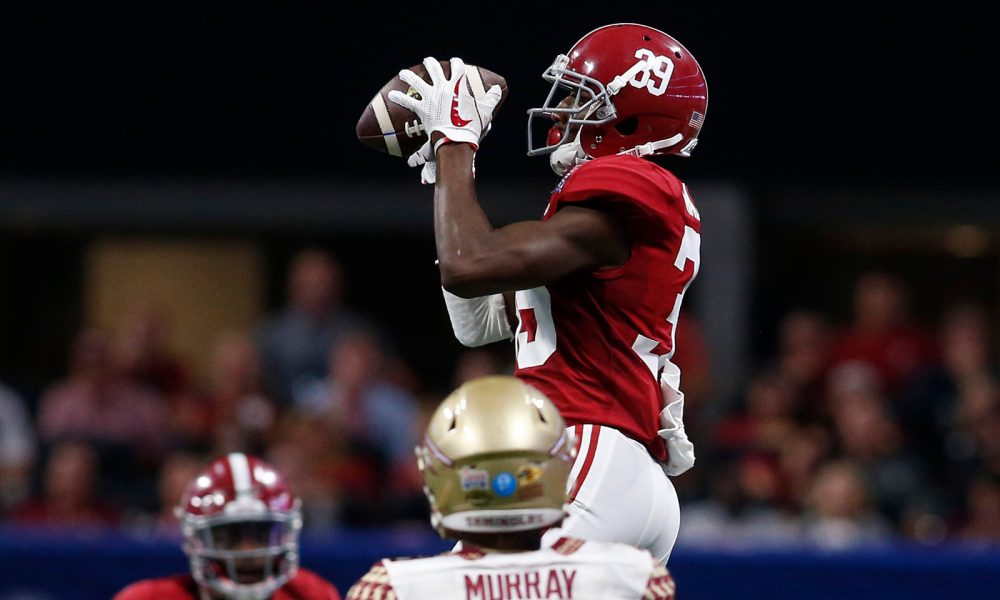 Prior to Saturday night, Levi Wallace never held the “Ball Out” turnover belt.

He pushed, scrapped and clawed his way by providing the starters a look in practice, while showing Alabama’s coaching staff that he can process information as well as put in great effort.

A senior defensive back from Tucson, Ariz., Wallace earned a much-deserved athletic scholarship toward the end of fall practice last season. He showed a dedication to special teams through 11 games; however, the veteran emerged in this year’s camp as a quality defender.

Wallace assisted a defensive backfield that shut down Florida State’s passing game in the second half.

Sophomore quarterback Deondre Francois was able to evade the rush and complete passes early on, but constant pressure from Alabama led to two interceptions – including one from Wallace.

The 6-foot, 183-pounder came in for Trevon Diggs in the third quarter, baited Francois into a contested throw, and ended up with his first career takeaway for the Crimson Tide.

He also chimed in with pair of tackles, a shared tackle for loss and a breakup. On special teams, Wallace downed one of JK Scott’s six punts inside the Seminoles’ 10-yard line.

One of the first questions directed at head coach Nick Saban after the win was the situation at left corner between Diggs and Wallace. He heaped much praise on the senior, calling him a ‘smart player.”

“Levi’s got a lot of experience,” Saban said. “He has been in the system a long time and played very well when he had opportunity.

For his performance, Wallace was one of eight names recognized for Player of the Week honors from the Tide’s coaching staff as he joined senior linebacker Shaun Dion Hamilton on defense.