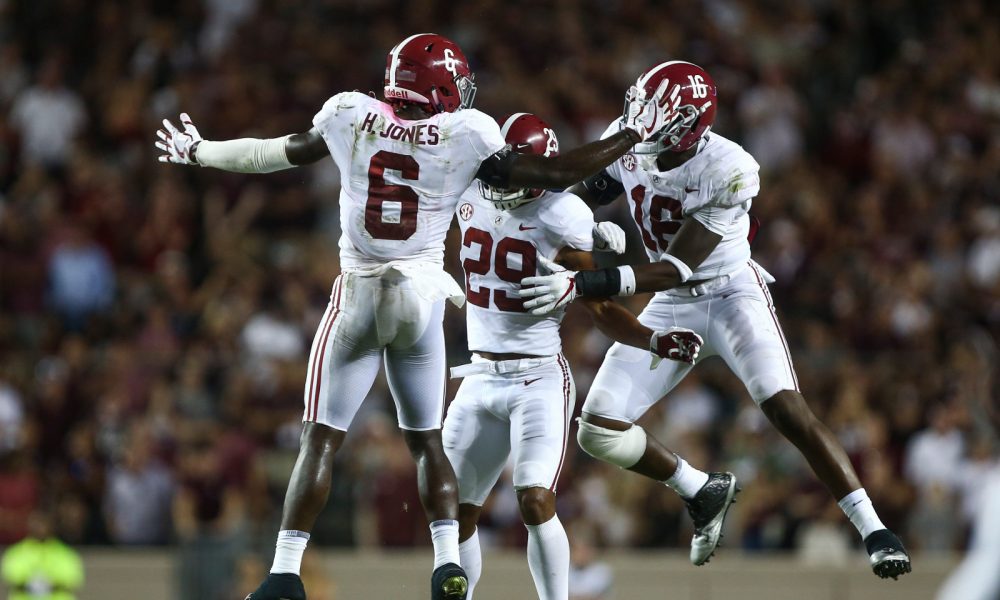 Minkah Fitzpatrick emerged onto the scene two years ago at Kyle Field, as a freshman destined for greatness.

After ruining the nuances of the venue with two interceptions for touchdowns in Alabama’s 41-23 win, the New Jersey native returned last week to find nothing has changed.

Texas A&M fans are still crazy and the press box shakes, but the best part is Fitzpatrick knows how to stick a dagger into Aggie Land – especially when it believes it had an opportunity.

In the spirit of giving credit to whom credit is due, Kellen Mond accounted for some special plays at quarterback. He completed 19 of 29 passes for 237 yards, including a two-yard touchdown throw to wide receiver Christian Kirk on a scramble drill in the third quarter.

Aggies offensive coordinator Noel Mazzone had success early on with passes to the flat; however, the Crimson Tide’s junior safety caught sight of that and made adjustments.

While he was one of five players to record five tackles, Fitzpatrick was disruptive in the backfield with two stops for loss.

Like he’s done in previous weeks, defensive coordinator Jeremy Pruitt sent the five-star on a blitz multiple times, in attempts to affect Mond in the pocket.

Along with limiting playmakers on the outside as much as possible, Fitzpatrick assisted the Tide in holding Texas A&M’s rushing attack to 71 yards on 40 carries and forced two of three turnovers in a 27-19 victory for Alabama. He had yet to turn in an interception prior last week, but Fitzpatrick emerged in the fourth quarter with a much-needed pick in the red zone.

Kevin Sumlin’s bunch made it interesting at the end, unfortunately for the Aggies, the one person it didn’t want touching the ball to ended up making a play on the ensuing onside kick.

It’s almost second nature to see Fitzpatrick be at the right place and at the right time in critical moments during games. Even with Calvin Ridley injured, he sealed the game by recovering the onside kick for Alabama’s hands-team and tried to return it for a touchdown.

Saban may not have been thrilled with Fitzpatrick’s response following his special teams play; nevertheless, Alabama improved to 6-0 and 3-0 in conference action when the smoke cleared.