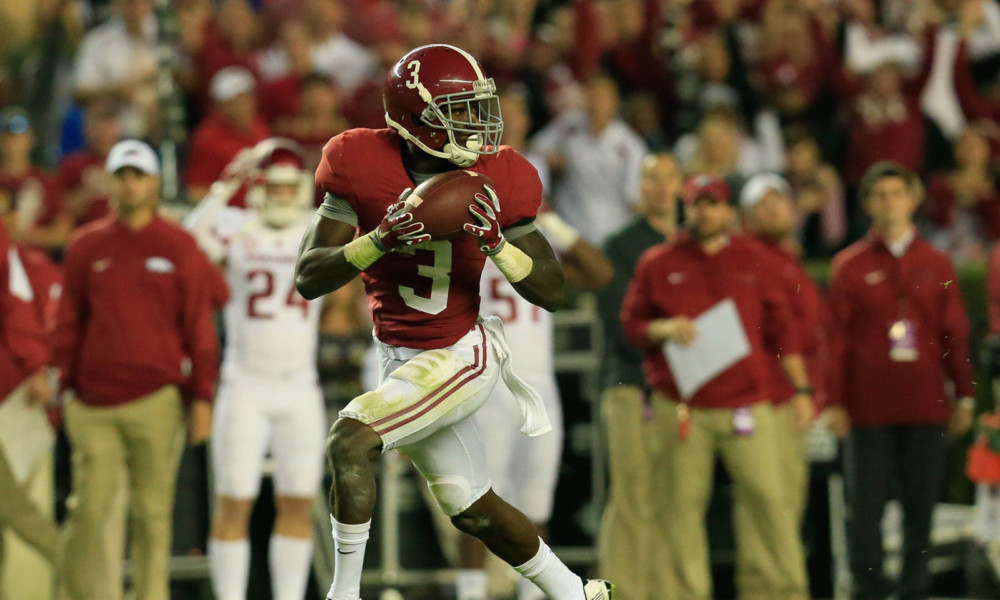 Before suiting up as an analyst for NFL Network, Reggie Wayne was one of the premiere faces at wide receiver in the National Football League. He spent all but one season of his illustrious 14-year career with the Indianapolis Colts (2001-14), snatching 1,070 receptions for 14,345 yards with 80 touchdowns on an average of 13.4 yards per catch.

In a draft class that includes Christian Kirk, Courtland Sutton, James Washington, Dante Pettis and Deon Cain among others at receiver, Wayne singled-out former Alabama standout Calvin Ridley as ‘the most polished prospect in the class.’ Despite coming off a junior campaign where both his receptions and touchdown numbers dropped from his freshman year, Ridley’s tenure with the Crimson Tide ended with 224 catches for 2,781 receiving yards and 19 scores.

“There’s nothing out there that @CalvinRidley1 can’t do.”@ReggieWayne_17 is a big fan of the @AlabamaFTBL WR.

“He can do it all,” Wayne said of Ridley.

“He runs great routes and is dynamic with the ball in his hands. He understands coverages. He understands the soft spots in zones and knows how to find them. He did not have the best quarterback play either. He comes from a run dominated team in Alabama, but when it was a passing situation you needed to know where Ridley was.”

According to NFL.com, he was issued a grade of 6.83 (“good NFL starter with Pro Bowl potential”) and was compared to Hall of Fame receiver, Marvin Harrison. Harrison, like Ridley, was small in frame – 6-foot, 186 pounds – but turned in a stellar 13-year career in the league.

Age has also become a concern for Ridley in his NFL pursuit, due to him turning 24 when he begins his rookie season.

He finished Monarch High School at 20 and managed to transform himself into a game-changing weapon at Alabama. While some media pundits have him projected as the eighth pick to Chicago, it will be fun to chart his career for years to come.