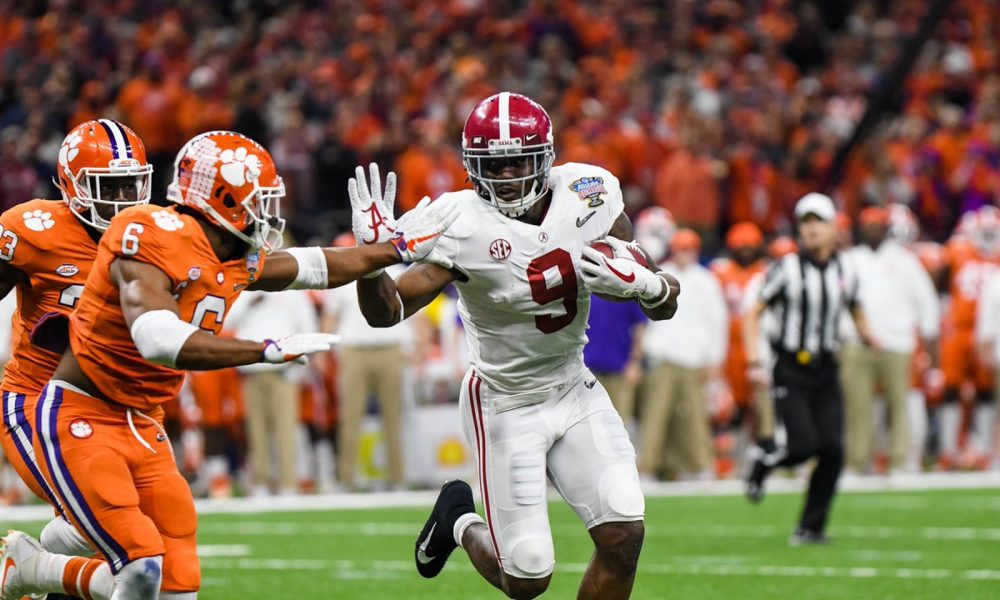 Penn State University standout Saquon Barkley has been recognized as the toast of the NFL Combine at running back, however, do not try to explain that logic to Bo Scarbrough.

He did not have his best season in 2017 at the University of Alabama, but the Tuscaloosa native held his own and found ways to distance himself from the pack on Friday at Lucas Oil Stadium.

Scarbrough posted times of 4.61 seconds and 4.52 seconds in the 40-yard dash, with his latter time being official. His 4.52 mark tied him for sixth among backs with Justin Jackson from Northwestern.

Listed at 6-foot-2 and 228 pounds, Scarbrough turned in a 40-inch vertical (tied for second) and a broad jump of 10’9″ — the highest for the position group in this year’s draft class.

As for the on-field drills, NFL personnel noticed Scarbrough’s footwork, ball security and explosion in space. He still needs to work on keeping his body level as he runs and becoming a natural pass catcher, yet the traits to be great at the next level are visible in Scarbrough.

Per NFL.com, he was given a grade of 5.6 — meaning “backup or eventual starter in the NFL.” With the Crimson Tide holding its Pro Day on March 7, Scarbrough is set to return and put any remaining doubters to rest on what he can potentially bring to a franchise.