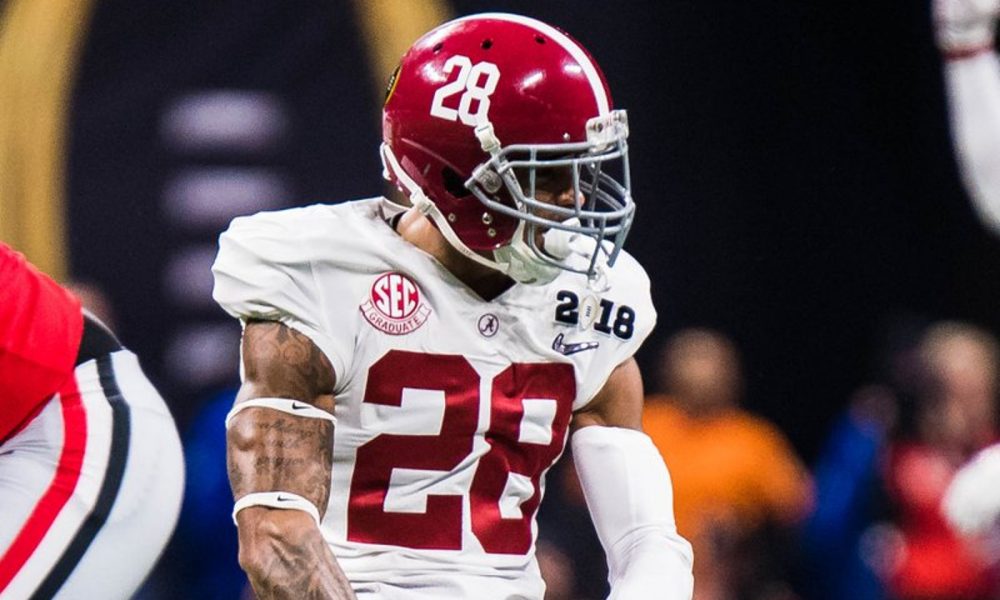 Even with the University of Alabama getting more explosive on offense under Nick Saban, defense remains the staple for the football program.

During the final two days (Sunday and Monday) of workouts at the NFL Scouting Combine, there were several former Crimson Tide standouts that dropped jaws of pro scouts and media personnel inside Lucas Oil Stadium.

Defensive end Da’Shawn Hand, who is nearly 300 pounds himself, was clocked with a 40-time of 4.83 seconds and tied for eighth among linemen with 28 reps on the bench.

Rashaan Evans chose not to participate in the 40-yard dash, bench press and 60-yard shuttle, however, his lateral quickness proved to be successful in the 3-cone drill and 20-yard shuttle.

He finished in the top-10 among linebackers at both stations, turning a time of 4.36 seconds in the shuttle (tied for eighth) and 6.95 seconds (seventh) in the 3-cone drill. Evans posted a 30″ vertical and a broad jump of 9 feet, 7 inches. In terms of on-field drills, the former five-star prospect impressed a multitude of NFL scouts and others with his explosion and footwork.

As for defensive backs, Tony Brown, Anthony Averett and Minkah Fitzpatrick all recorded scorching times in the 40.

Brown led the trio with a time of 4.35 seconds, while Averett was timed at 4.36 seconds and Fitzpatrick at 4.46 seconds. Both Brown and Fitzpatrick tied for 10th among the position group with 14 reps of 225 pounds, which is a strong number.

Fitzpatrick, winner of Chuck Bednarik and Jim Thorpe awards in 2017, continued his combine efforts with a 33″ vertical and a broad jump of 10 feet, 1 inches. His 40-time was not as fast at 4.63 seconds, but Levi Wallace was never known for his speed. The former walk-on turned starting cornerback last season made his mark in his ability to have quick hands in coverage.

Just another stud @AlabamaFTBL DB getting ready to play on Sundays.

Wallace shined during on-field drills, as he displayed leaping abilities in high-pointing passes and fluid hips in terms of changing directions. Although Fitzpatrick, Payne, Evans and Ronnie Harrison (possibly) are all considered first-round projections, seeing Brown, Hand, Wallace and Averett excel too has NFL general managers thoroughly looking at needs for this year’s draft.