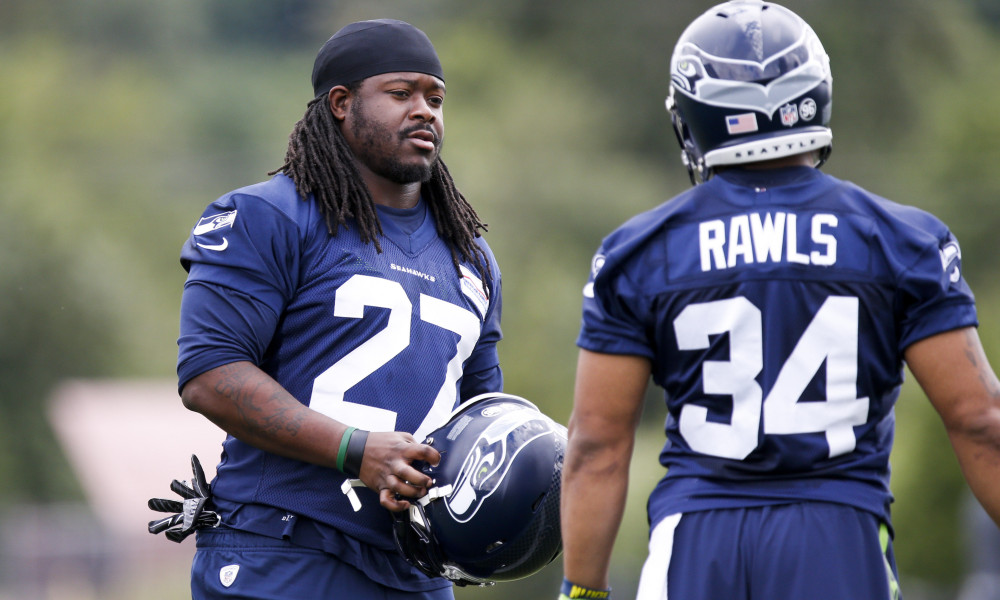 From MVP of college football’s national championship game, to NFL rookie of the year, Eddie Lacy has accomplished a lot. The question is, can he accomplish more in the future?

Will Alabama’s Eddie Lacy Make It Back to the Big Time?

When you come from a trailer to the NFL it’s kind of hard to be knocked back down the ladder, but that’s what’s happening to a standout college player and one time NFL top running back, still young enough to just be hitting his prime.

When Eddie Lacy came to Alabama, he had never experienced a nutrition regiment, a weight lifting / body building regiment or had people that cared about mental, physical or educational development. “The first year I was here, I thought I was going to die. I had never really worked out and just relied on the size and strength I already had to get by and that worked in high school, but not here.” Lacy told me with a grin several years ago when I interviewed him after a game.

His mother had a lot of hungry folks at the table and money was scarce, so he grew up just happy to be full, even if it was bad food as he called it and lots of bread. His mom knew it would fill them up. So coming to Alabama was culture shock.

“I thought I was in good shape until I started being around all the guys and seeing what they were accomplishing. But I bought in to the workouts and eating healthier stuff and it really did pay off. If you listen to everyone here that’s trying to help you and buy in, you won’t fail.” He told me when I asked him about his ability to make everything he did seem so effortless.

But when he got to the NFL, he found that there weren’t coaches, trainers and nutritionists helping him 24/7 like there was in college. In fact, at first he didn’t seem to even need them. Fall practices with the Packers, who drafted him 61st out of Alabama, seemed so easy, far easier than the ones he did in Tuscaloosa.

And the production and yardage seemed to come easy too. In his first two years he had back to back 1100+ yard seasons and garnered the NFL’s Rookie of the Year award in his first season. So with these awards, a shiny Corvette car and even more trappings of being young, rich and famous, it was easy for him to let things slide a bit.

But when his production started to slide a bit too, to 758 yards in his third year, his coach publicly called him out about his weight. That started a both a news and social media barrage of shaming him that really got to him on a personal level.

By his fourth year in Green Bay, he worked off the extra weight and was ready to to regain his role of starting back and NFL great. It seemed to be working until he suffered an ankle injury that both sidelined his playing, but more importantly, his workouts. There was nothing to do but lay around, heal up and eat. At the end of the season the Packers cut him.

Still, there were teams willing to take the gamble on him and Seattle picked him up for the 2017 season, his fifth season and Lacy was hoping that a change of scenery and a new team would give him the fresh start he needed.

But there was competition and Lacy just never got things going, but at least he had 3.5 million dollars in guaranteed money to fall back on. So far this season, no one has come calling, but Eddie is working out, watching the weight and hoping for one more chance. Maybe he’ll get that chance at Jacksonville, where the Jaguars are down two running backs to injury and his name has been floated by this week as a free agent they could pick up.

Whether that, or another opportunity opens up, Lacy will always be a hero at Alabama, will always flash that big smile and will always be a nice guy and good friend to those he cares about. One can only hope that someone as nice as he can get that shot and have one last hurrah.