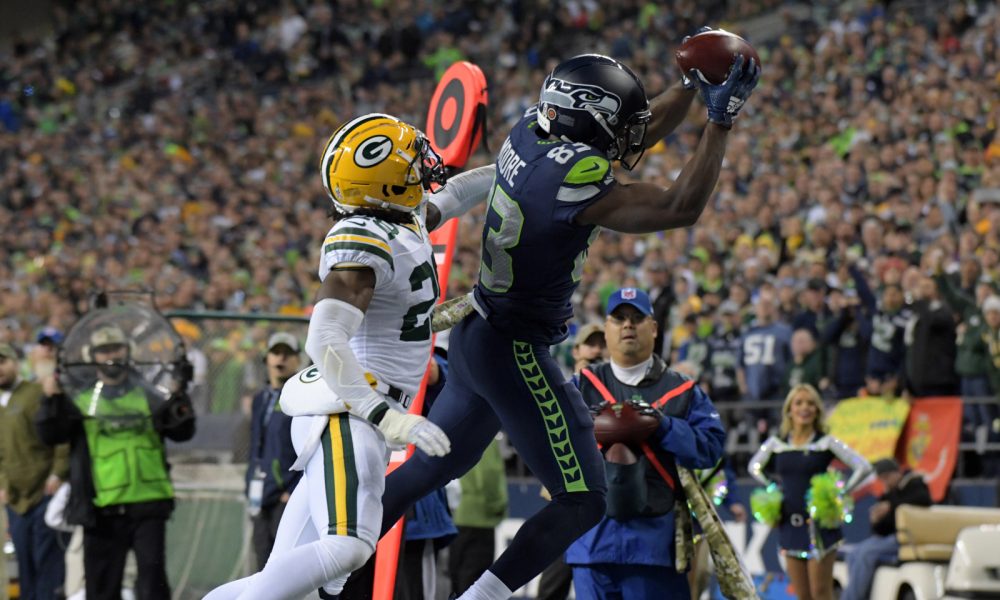 Tony Brown is still inflicting pain on wide receivers, and for Alabama fans, they continue to appreciate the passionate (and sometimes misunderstood) individual that enjoys playing football.

After going undrafted in the 2018 NFL venue, the native Texan was signed to the Los Angeles Chargers. He created a huge impression early on, but would later be cut. Ever determined, Brown worked through the connections got picked up by the Green Bay Packers for its practice squad.

Upon noticing his swagger as a hard-hitting defensive back, Green Bay wasted no time activating the former five-star recruit to its main roster as he got his first taste of action versus the Buffalo Bills on Sept. 30.

Despite not registering any statistics in his first two games, he started to generate some noise against San Francisco and Miami – combining for five total tackles and helping the Packers win both matchups. In a loss to the Seattle Seahawks on Thursday Night Football, Brown roamed the field and has his nose in on every big play.

The 6-foot, 198-pound enforcer had three tackles, one pass breakup and a forced fumble, though the Packers took a 27-24 loss on the road. This performance could show defensive coordinator Mike Pettine and head coach Mike McCarthy that Ha’Sean “Ha Ha” Clinton-Dix to the Washington Redskins may be a blessing in disguise. Brown has the ability to “cover like a cornerback and hit like a defensive end” via defensive lineman Jonathan Allen, his former teammate at Alabama.

The one thing for him to remember would be to continue trusting his instincts as a player. At times, Brown allows his emotions to get the best of him.

While he and Nick Saban did not always see eye-to-eye, the head coach and Brown had a genuine respect for one another. Saban wanted to see his player succeed and Brown responded by having a strong senior year in 2017.

He turned in 31 tackles, one tackle for loss, two pass breakups, one forced fumble and one interception – en route to assisting the Crimson Tide to a College Football Playoff National Championship win over Georgia.

His interception off Bulldogs’ quarterback Jake Fromm propelled Alabama fans to their feet and was one of multiple highlight moments of his career.

Above all else, it is great seeing Brown have fun.

Some of his finest moments at Alabama came in interviews, whether he made reporters laugh or did something on the field that became social media worthy.

He is a highly intelligent young man and a free spirit at the same time. Brown’s dream was to make it to the National Football League, and with Green Bay embracing him, Packer fans are about to see something really special.