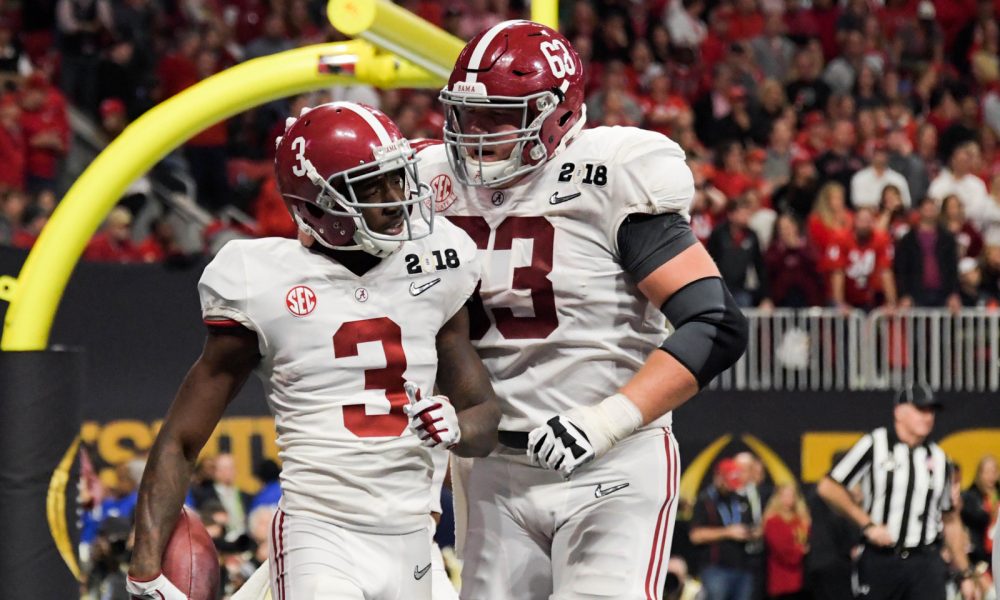 We may have witnessed the end of the Alliance of American Football League, but the different brand of gridiron action provided excitement and it may have just granted a former University of Alabama player a second chance at the National Football League.

After one season with the Birmingham Iron, offensive lineman J.C. Hassenauer is heading back to the pros – according to a report from Jeremy Fowler of ESPN. News came on Friday, as Fowler tweeted information on the Pittsburgh Steelers being expected to sign Hassenauer.

Steelers dipping into @TheAAF pool. The team is expected to sign center J.C. Hassenauer pending a physical, per source. Hassenauer spent time on Falcons practice squad before playing for Birmingham Iron of Alliance.

A four-year player with the Crimson Tide, he arrived on campus as a four-star in 2014 and was one of the nation’s top high school center prospects. Hailing from Woodbury, Minn., Hassenauer lined up at both guard and center through 25 career games and had a role in helping Derrick Henry become the program’s first 2,000-yard rusher (2,219) in the 2015 season.

Following his run to the Heisman Trophy, Hassenauer cleared the way for two straight 1,000-yard years from Damien Harris in 2016 and 2017. When it comes to pass protection, he assisted Jacob Coker to 3,110 yards passing in 2015 while aiding Jalen Hurts to be the Southeastern Conference’s Offensive Player of the Year in 2016 (3,734 total yards, 36 touchdowns) as a true freshman.

The 6-foot-2, 295-pounder was a two-time College Football Playoff National Champion and despite not being selected in the 2018 NFL Draft, he did earn a spot on the Atlanta Falcons’ practice squad.

Hassenauer looks to take full advantage of being in the AFC North.