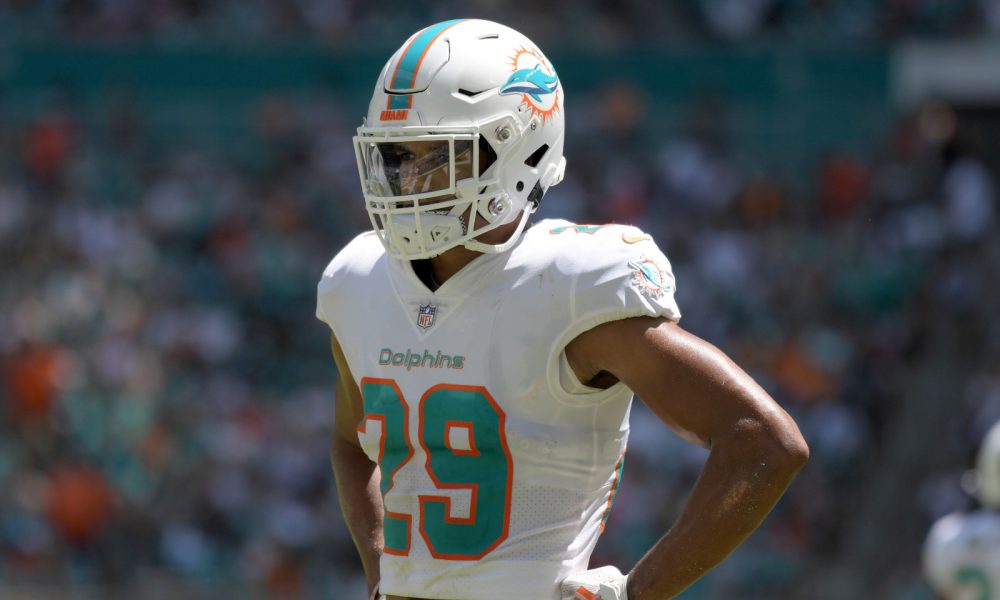 He had an impressive rookie campaign, but Minkah Fitzpatrick is in line for better stats as he enters his sophomore year in the National Football League. Despite the Miami Dolphins finishing 7-9 in 2018, the former University of Alabama star totaled 80 tackles and posted 2.5 stops for loss, nine pass breakups, two interceptions and one defensive touchdown.

After seeing Adam Gase take the head coaching job for the New York Jets, Miami hired Brian Flores back in February. He spent the last 15 years with the New England Patriots and Bill Belichick – winning four Super Bowls from 2004 to 2018.

Saban coached Fitzpatrick from 2015 to 2017, and witnessed the former five-star from New Jersey turn in 171 tackles, 16.5 tackles for loss, five sacks, nine interceptions and four touchdowns in his three seasons with the Crimson Tide. He carried Alabama’s defense with a team-high six picks as a sophomore in 2016, while his leadership guided the program to a College Football Playoff National Championship win over Georgia in the following year.

Fitzpatrick’s collegiate career ended with him being a two-time All-American (2016-17), Chuck Bednarik Award winner (2017) and Jim Thorpe Award winner (2017). He was selected in the first round (No. 11 overall) of the 2018 NFL Draft and per a report from Barry Jackson of the Miami Herald, Flores said will be expanding Fitzpatrick’s role going into next season.

The 6-foot-1, 202-pounder excelled at slot corner, dimeback/linebacker and safety for the Tide. When it came to instincts, Saban always raved about how the two-time national champion was always in the right position to create big plays on defense.

With it acquiring a quarterback in Josh Rosen from Arizona in a trade, the Dolphins have an exciting arm to ignite its offense. Fitzpatrick is ready to keep the other side in line as the franchise is now at organized team activities.