Six things that stood out at Open Practice for Alabama football"> Youth at ILB, one of six highlight moments for Alabama at Fan Day 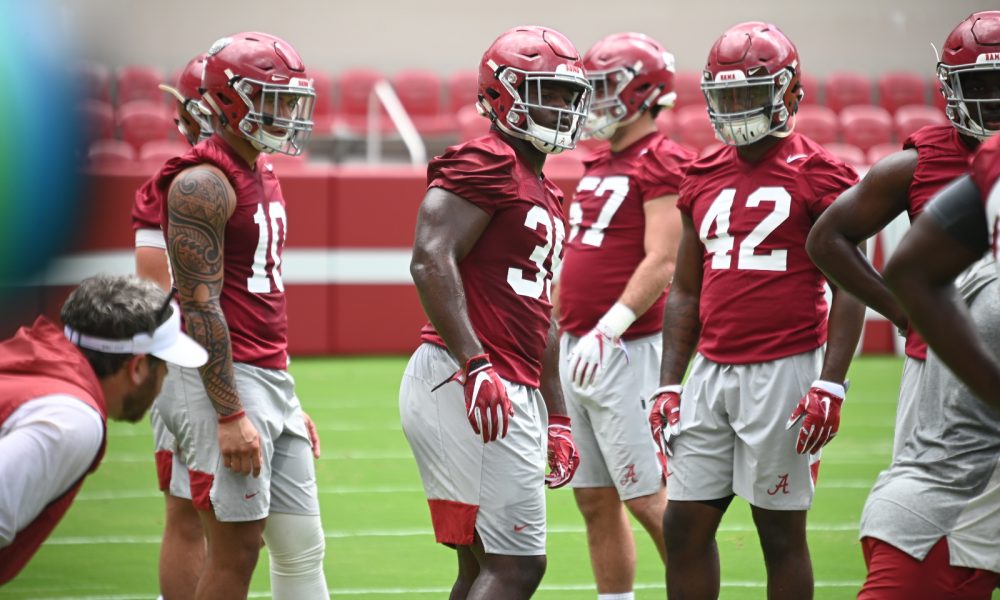 As exciting as A-Day is, it is merely a formality.

It is a fun event for one to incorporate family in attempts to celebrate a team, reunite with old friends and enjoy activities; however, the start of a national championship caliber program begins a few months down the road.

If you are the fan who craves clarity and is about seeing once and for all who starts at a certain position, a two-hour practice in August is your spot.

The session in question is simply known as the “Open Practice.”

Supporters of Alabama football are given rosters and posters of their favorite team and for two hours inside Bryant-Denny Stadium, they become Nick Saban for a day.

In a circus full of student-athletes at each station, people get a first-hand look of guys stepping up, players supplying full effort, and those who might be a little raw but possess high quality talent.

Weather elements had a mercy on us this year – seeing how a thunderstorm came through to provide cooler temperatures, instead of heat that’s usually there.

The main constant is the autograph signings for coaches and players, as fans run onto the field in a face to be first.

When it comes to coaches and athletes, there were six highlights from last week that grabbed the attention of yours truly. At least two of these (if not all) will go a long way in to the Crimson Tide winning a national championship in the College Football Playoff this season.

Both coordinators have something to prove

Steve Sarkisian (offensive coordinator) and Pete Golding (defensive coordinator) were both organized and very detailed in their opening statements. Upon answering questions, the two honestly stated their philosophy with how Alabama will go about attacking opponents.