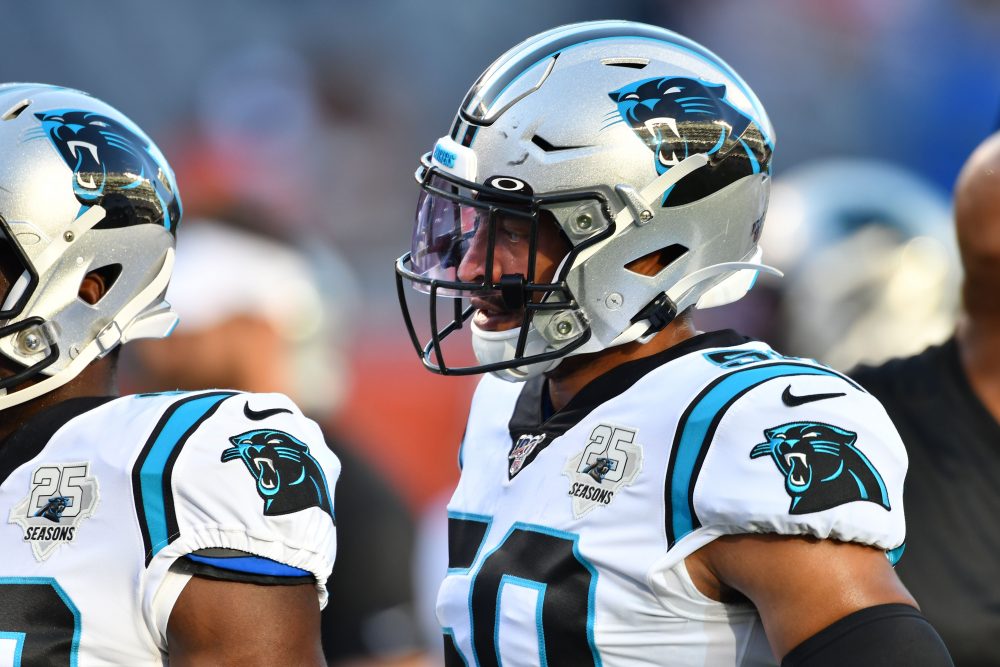 Much like his career at Alabama, outside linebacker Christian Miller continues to silently be a very impactful player on the Carolina Panthers defense.

Although Miller was very productive for the crimson tide in 2018 (56 tackles, 11 sacks, 15.5 tackles for loss) he didn’t blow the doors off of any scouts. This lead to him falling to the fourth round and with the no. 115 overall pick where Carolina took him.

Despite Miller not being the flashiest player of the 2019 draft, he has a high football IQ and solid pass rush skills which the panthers could use.

Head coach Ron Rivera has always liked top put a dominant defense on the field which can cover down field and get after the passer. It’s one of the ways the team made it to the Super Bowl back in 2015 with guys like Kawan Short, Charles Johnson, Mario Addison and Kony Ealy all pitching in.

The All-American is currently listed as the third string outside linebacker on the team’s depth chart behind starter Bruce Irvin and third year player Marquis Haynes. While there has been a bit of a learning curve for Miller he definitely believe Alabama helped smooth out the transition a bit.

“It does help for sure, coming from a program like that,” said Miller. “But there definitely is a transition playing at the highest level. These guys are working for a job. It’s great competition. The speed of the game is really fast. Guys are big and strong.”

For players like Miller, leaving a high profile university for the NFL it’s almost as if he is back to being a freshman again. You look around and all of the players around you are more experienced and stronger than you are. But if you continue to make plays like this then you may be able to garner some playing time down the road.

I really hope Christian Miller get a lot of playing time this season. He’s very talented. Speed rusher with good active hands and bend. The Panthers might’ve gotten a steal in the 4th round. pic.twitter.com/7nRH8FZIER

The Carolina Panthers have two more preseason games remaining against the New England Patriots and the Pittsburgh Steelers. Unless something drastic happens Miller probably won’t be starting come week one, but the extra time to watch and mentally work through games may benefit the Columbia, SC, native’s transition to the speed of the game.