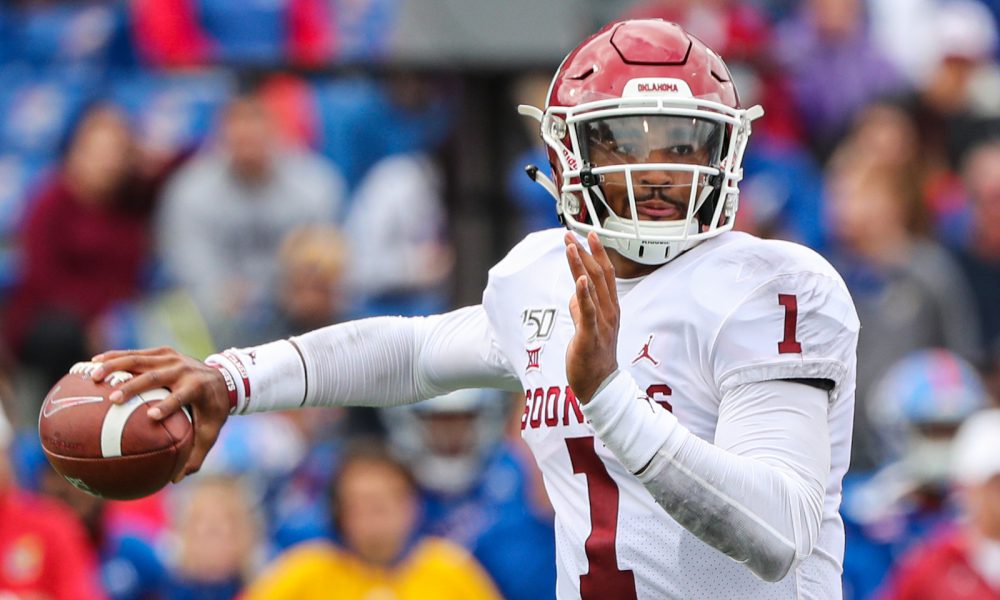 He is no longer at the University of Alabama, but neither Nick Saban words nor the presence of the Southeastern Conference have been removed from him.

Jalen Hurts had to have earned some style points from Crimson Tide fans, following his latest gem to reporters on last week. With the Big 12 geared up for the Red River matchup, featuring Oklahoma and Texas, a few media pundits wanted to get Hurts’ take on the game this weekend.

A native of Houston, Texas, the senior quarterback grew up in the rivalry; however, he does not view it as the biggest game he has ever played in.

He never attended the premiere contest in his childhood and after being asked on whether this type of moment is new to him, Hurts’ response ruffled feathers for supporters of Sooners and Longhorns yet it brought smiles to Tide fans.

Despite growing up in Houston, Jalen Hurts has never been to a Texas-OU rivalry game.

“I’ve played in big games before. I think I’ll be alright.” pic.twitter.com/g1uPAH47eG

“I played in the Iron Bowl,” Hurts said. “I’ve played in big games before. I think I’ll be alright.”

Despite a stoic look on his face, the former four-star found a way to throw a jab at both institutions with his comment. Oklahoma has not won a national championship since 2000 and Texas has not been a champion since 2005. The Longhorns played in the 2010 BCS title game (2009 season), but its quarterback – Colt McCoy – got knocked out of the contest and the team suffered a 37-21 loss at the hands of Alabama.

While some appeared to be highly angry with him on social media, Hurts did play in three national title games and rescued the Crimson Tide to a SEC Championship last season.

He probably will not admit to it, but he represented Alabama well with that punch to the gut toward the Big 12’s most prestigious rivalry.

If you think you know Alabama’s football team, you’re a fool
Games Bama Plays
To Top
%d bloggers like this: